Anand Deverakonda: Will Let Audience Decide What Kind Of An Actor I am

The 'Pushpaka Vimanam' actor says that he doesn't want to bracket himself as a particular kind of actor and would rather let the audience do that for him. 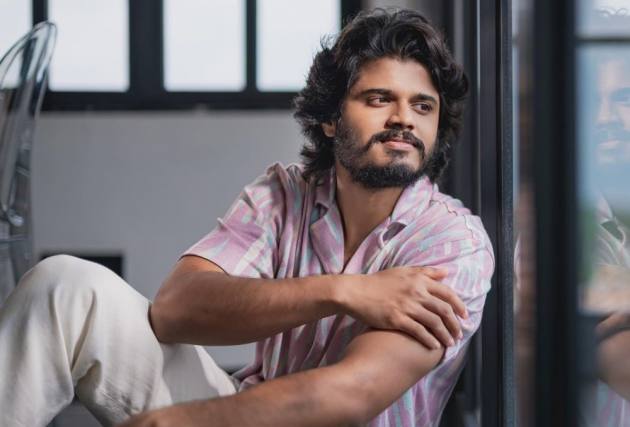 Telugu actor Anand Deverakonda is happy with the success his recent investigative comedy 'Pushpaka Vimanam' received. The actor's previous film 'Middle Class Melodies' too got positive reviews for its relatable storyline and his convincing acting. While he likes doing stories which people of all age groups enjoy, Deverakonda says he wouldn't like to put himself in any bracket already.

Giving examples of actors in various film industries known for their massy hero or content driven images, the actor explains his plan ahead.

Deverakonda tells us, "I haven't planned where my career has got to go. There are actors like Vijay Sethupathi and Fahadh Faasil and there is Allu Arjun. Similarly, there are actors like Ayushmann Khurrana, Rajkummar Rao and then there is Ranbir Kapoor, Ranveer Singh. The films you do define the bracket you get into. I am not planning in which bracket I want to be in. I am just seeing what kind films are coming to me, what kind of roles I can be successful at"

He adds, "The audience will decide what kind of an actor I am. I don't want to take the commanding role on that. I just want to do good roles, completely support and give myself to the director I am working with and become the character that they want me to become. I am playing an auto driver in one of the films and I want to completely drown myself. You can't plan everything, you can just plan how your role is. The audience reception is out of my control"

While working with experienced directors is less risky, Anand Deverakonda highlights the pros of working with new filmmakers.

"Any film you do is a huge risk. There is so much planning that is done on paper and in the pre-production process that you don't know if you will pull it off in the process of making the film. There is more of a risk when it comes to debutante directors because you don't know what flavour of the story he or she will catch and will their the wavelength with the rest of the crew match or not. Everything you choose makes you who you are in the process of your career," he says.

However, it doesn't mean that junior Deverakonda selects his directors without any consideration.

" I have a checklist of things which I go through when I am listening to the story during the pre-production which tell me that they (directors) will pull it off what they are saying. I always read the script and ensure that the narration and the script have the same things and that helps in building the trust. I discuss what kind of technicians that they would want to work with or what kind of music they want. I can collaborate a lot with new directors," he says.

He adds, "If all of that is going in the right direction then in my mind, I know it will work and will be something unique. With experienced directors, you don't get to collaborate much. Of course you do it when the shooting begins but you leave the responsibility to them. So, the risk is less but it's definitely exciting to work with debutante directors."