Watch: Ananya Pandey Takes The ‘Money Heist’ Quiz; Talks About Her Favourite Characters On The Show

Bollywood’s darling Ananya Pandey fangirls over 'Money Heist' and spills the beans about her favourite character, her favourite scene, her crush on the show and much more. 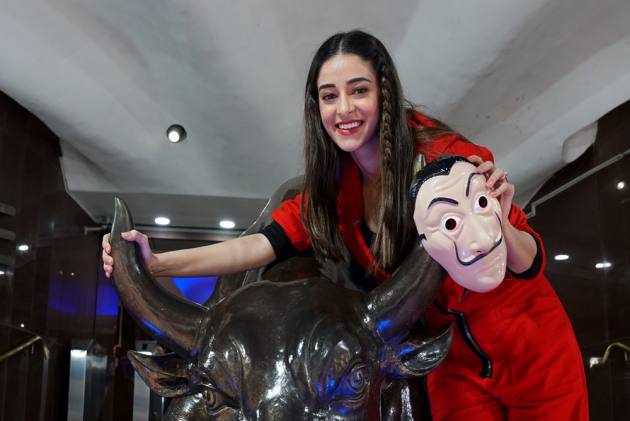 It's no secret that the iconic Spanish series on Netflix - 'Money Heist' has stolen hearts all across the globe and our very own B-town is no exception. Bollywood’s darling Ananya Pandey fangirls over the show and spills the beans about her favourite character, her favourite scene, her crush on the show and much more.

Being a die-hard 'Money Heist' fan, Ananya said, “It’s super exciting to celebrate a series that me and a lot of fans have been eagerly waiting for. Money Heist is one of my favourite shows on Netflix and I’m a huge fan. It’s sad that this is the final leg of the series. I’m going to miss the show and the characters, especially Denver, he is my favourite of the lot. Jaime Lorente has done a fabulous job - Denver’s laugh is unforgettable and he is a brave man who would give it all for his family! For now, I’m looking forward to watching the new season of 'Money Heist'.”

“The first times are special. Unique. But the last times are incomparable, priceless.” Berlin’s words have never felt truer or hit harder.

What has happened so far in the show:

The gang has been shut in the Bank of Spain for over 100 hours. They have managed to rescue Lisbon, but their darkest moment is upon them after losing one of their own. The Professor has been captured by Sierra and, for the first time, doesn’t have an escape plan. Just when it seems like nothing else could go wrong, an enemy comes on the scene that is much more powerful than any they’ve faced: the army. The end of the greatest heist in history is approaching, and what began as a robbery will turn into a war.