A source close to family of Ananya Panday has informed that the 22-year-old is not worried much about being questioned by the NCB. 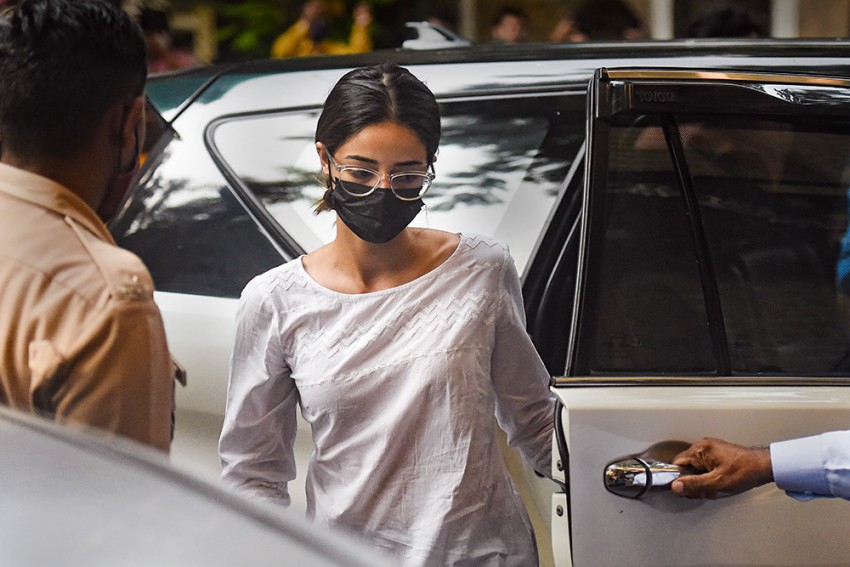 Bollywood actress Ananya Panday has been summoned again by the Narcotics Control Bureau on Monday for the third round of questioning, in connection to the superstar Shah Rukh Khan’s son, Aryan Khan's arrest in the Mumbai cruise drugs bust case.

Panday’s name allegedly surfaced in WhatsApp chats with Aryan Khan. Since then, she has been summoned by the NCB and was seen visiting the office on Thursday and Friday where she recorded her statement.

On Friday, the NCB grilled the 22-year-old for four hours.

Reportedly, she was shown the chats conversation between her and Aryan Khan over Ganja. In the chats, she had apparently agreed to arrange it for him. However, as per reports the actress remarked that she was "just joking".

The father-daughter duo arrived at the anti-drug agency's office located at Ballard Estate in South Mumbai in a car around 2.20 pm, the sources said.  The 22-year-old actress was seen dressed in a simple white kurta and was wearing a mask. There was heavy deployment of police personnel at the office and barricades were put up there as large number of media persons gathered outside.

The NCB officials want to get some more information about the chats, following which she was summoned to the office. She was questioned by the agency officials for around two hours on Thursday, they said. The NCB had seized Panday's laptop and mobile phone as well.

According to a report in ETimes, a source close to the family spoke about Ananya over her summons by NCB and said, “It is just a part of the protocol; the NCB came home, only handed over the papers, and left. She is certainly not nervous about the summons. In fact, she just completed her work commitments before she left for the NCB office. Why are people making it out to be a big issue?"

The source further added, “She is cooperating with the agency and answering all the queries asked by the NCB".