Angad Bedi On Daughter Mehr: Today Rate Cards For Star Kids Are Made; We Don't Want Such Projection

Angad Bedi opens up on keeping daughter Mehr away from the media glare. 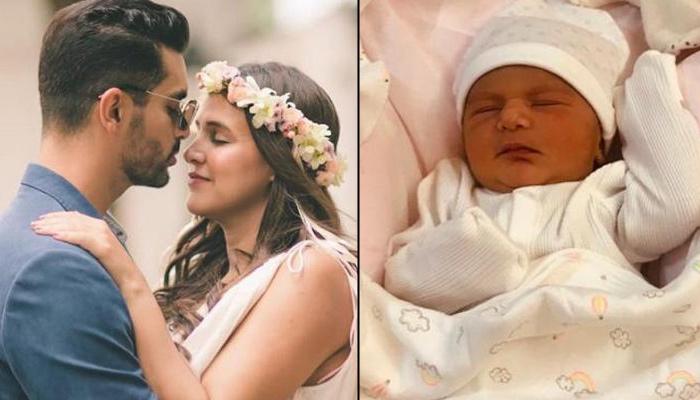 Angad Bedi recently embraced fatherhood with wife Neha Dhupia. The couple gave birth to a baby daughter who they named Mehr which means blessings. Recently, in an exclusive interview, Angad opened up on why they have made a conscious effort to keep Mehr away from the media limelight and exposure while other star kids continue to swarm social media timelines. Ask him, if it is a conscious decision, Angad said, "Very. I am not a big fan of seeing kids on social media. It is not important."

He added, "I feel that what is happening today is taking away the innocence of the child. Maybe I am wrong with the way I think but then I think where is their innocence, they know everything. A child should be a child for as long as possible. They should explore so many other things. It is not a competition. Life is not about competition. I think beyond a point, parents put too much pressure on the kids. We like to keep Mehr's pictures little private because everyone's pictures start coming on social media and then there is so much pressure on the kids, the paps flash in their eyes and I am not comfortable with it. Their rate cards are made depending on how much their pictures work, I am not up for this. We don't want such kind of a projection for our daughter."