Angelina Jolie 'Lights Up' While Talking About Rumoured Beau The Weekend

According to several reports, source close to Angelina Jolie have suggested that the actress is 'definitely warning towards' Canadian musician The Weeknd. 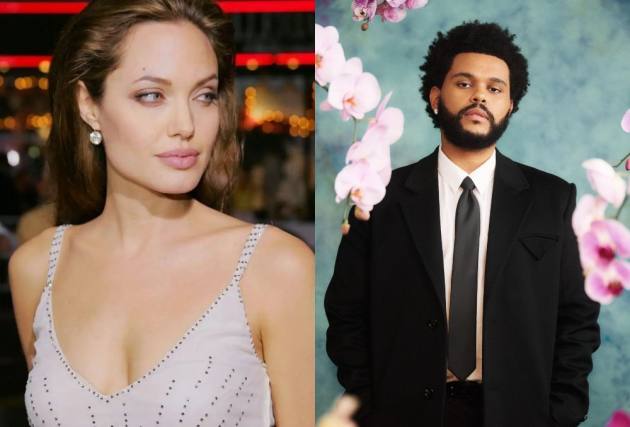 Hollywood star Angelina Jolie, reportedly “lights up” when she talks about Canadian musician, The Weeknd (real name: Abel Makkonen Tesfaye), as the rumours about a possible romantic relationship between the two, gets stronger.

“Both Angie and Abel are telling people that they are just friends, but those who know them think something romantic is going on,” the source said, via US Weekly, adding that The Weeknd “is in awe of” Jolie. The source via the outlet has also noted that both their friends "believe things could turn romantic." However, at the moment, both the stars have been “playing down talk of anything serious."

The source adds that the actress has been "definitely warning towards Abel."

The Weeknd has reportedly also been "pouring on the charm and going out of his way to impress her."

In June, the two of them were first spotted together at Giorgio Baldi in Los Angeles. According to the Daily Mail, via US Weekly, the duo had arrived separately but was spotted leaving the place together.

Another source via US Weekly had previously reported that the pair were keeping things professional but "going along great."