'Ankahi Kahaniya': A Fresh Look At Love, Longing And Betrayal!

Netflix’s latest offering ‘Ankahi Kahaniya’ explores the nature of true love, and the tender feeling of affection one person has for another, even if it’s unreasonable and not necessarily reciprocated. 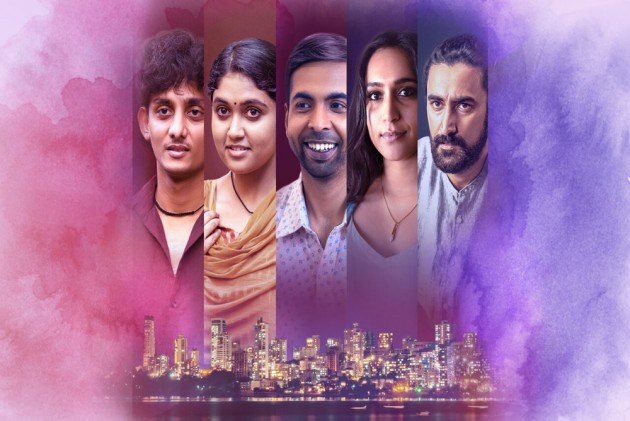 Love is all we need and remains the subject of numberless books, songs, films, plays, sonnets, articles, conversations, and advertisements. Curiously, the more it is meditated on, yearned for, or bemoaned, it continues to be a source of pain, anguish, ecstasy, and everything in between. But despite our best efforts, it often eludes us. And what better format to experiment with the theme of love than in anthologies. Netflix’s latest offering ‘Ankahi Kahaniya’ explores the nature of true love, and the tender feeling of affection one person has for another, even if it’s unreasonable and not necessarily reciprocated.

The three-part anthology on love, loss, and longing is not connected, and yet it seems to be somehow linked, discovering the lonely souls in search of surprises and companionship in a big city like Mumbai.

Pradeep (Abhishek Banerjee) is a garment salesman, who has never known any girl. Hailing from a small town, he longs for an intimate chat with the opposite sex, something that another salesman at the same shop, Shanty (Rajeev Pandey) is good at. When a female mannequin arrives at the shop to lure female customers, he finds a companion in her. From then on, he begins to look forward to coming to work only to spend some moments with the dummy. He has conversations with her and even takes her out on a beach to fulfill his fantasy of spending time with someone he truly cares for. But his dreams are short-lived and he gets fired. Taking a break, he goes back to his village to be with his mother where he gets to meet his childhood friend Shashi (T J Bhanu) whose mother is keen that the two tie the knot. As lines blur between reality and illusory attachment, lovelorn Pradeep, who has just been separated from his make-believe world, starts to re-imagine a life, this time in the real world.

The real takeaway from this 40-minute story is its unpredictability. While viewers would get the core idea that writers Piyush Gupta and Nitesh Tiwary along with the story and director Ashwini Iyer Tiwary help us comprehend, the unexpected turn leads to a much deeper understanding of the unanticipated idea of love. The loneliness that any megacity saddles people with is so well entrenched in the imaginary world that many people inhabit, is beautifully illustrated without the dependence on usual trappings that the bustling city is known for. Banerjee is perfectly cast as Nandu who carries his simple and unsophisticated charm to communicate true emotions.

In another story directed by Abhishek Chaubey, it’s Mumbai of the 80s that transports you to that era where a young boy Nandu (Delzad Hiwale ), and a girl Manjari (Rinku Rajguru) discover love against the backdrop of single-screen theatres. Both seem to be caged in their respective lives- Nandu, an orphan who doubles up as a guard, porter, and ticket taker at a theatre, was brought up by an old man he has to tend to. Manjari who lives with her mother and brother is burdened with household chores that give her little freedom. The only time she finds respite is when she earns some money doing embroidery or goes to the neighbourhood theatre to see a film with her friend Sujata. Both Nandu and Manjari like each other and are looking for an escape, but not necessarily as lovers bound by any commitment. Rinku (of Sairat fame) is most apt for the choice of a girl whose Plain Jane looks to defy the range of emotions she can convey. Many of her scenes would force you to look into her hidden unspoken desires, the credit for which should also be given to the writers. How circumstances and one’s restricted environment give rise to some sudden and unforeseen moments when one looks within and makes a difficult choice is what this story leaves us with.

The last segment has much going on, in terms of the four lead characters’ rather complicated lives and narrates a tale of love, infidelity, broken relationships, loss, and longing in Mumbai. The short film traces the story of an unlikely relationship between two people when they find out that their spouses are having an affair. The film tries to capture the complexities of marriages and infidelity - Manav (Kunal Kapoor) Tanu Mathur (Zoya Hussain) Arjun Mathur (Nikhil Dwivedi) and Natasha (Palomi Ghosh). Arjun and Natasha are having an affair which Tanu gets to know about. In the present day where the corporate and metropolitan lives merge and challenge the very existence of many ambitious men and women, there are also unusual stories of love, filled with anguish, the dilemma of ending marriages, attraction, and the urge to escape loneliness. Somewhere the difference between loneliness and solitude crops up as the busiest looking men and women try to mask their lonesomeness under a veneer of fake relationships for the sake of the societal pressures or their children.

There is no solution to a convoluted and problematical thorny bonding that has made love recede, and has eroded. When Tanu decides to meet Manav to look for more reason about their respective spouse’s betrayal, the two imagine and come up with questions of untold and unanswered emotions that torments all of them. From that perspective, the third story is less about heartbreak, and more about love that needs a newer perspective and perhaps, repositioning. Zoya Hussain, Kapoor, Dwivedi, and Palomi look and perform their parts with ease, and lend credence to a complex plot.

That love encompasses a range of strong and positive emotional and mental states, from the most sublime virtue, is a known fact. But when filmmakers delve into it as deepest interpersonal affection or the simplest pleasure, it must bring in fresher viewpoints too. I am glad that Ankahi Kahaniya doesn’t preach; instead, it looks at love as a possibility in all its forms!