Actress Ankita Lokhande and Vicky Jain celebrated the new year with friends and family and the actress has shared a series of pictures which have now gone viral. 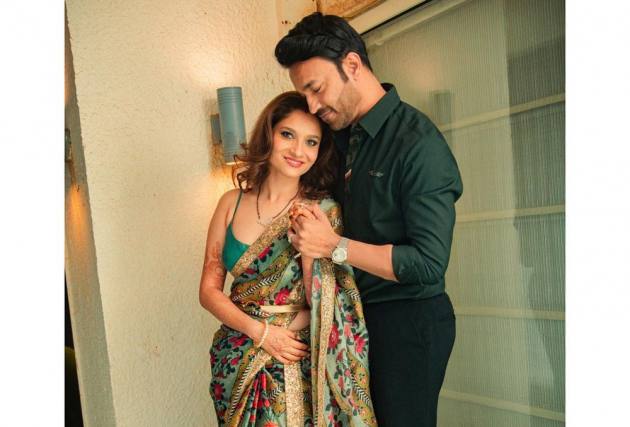 Actress Ankita Lokhande and her husband Vicky Jain celebrated and partied their way into 2022 with their friends and family. Among others who joined Lokhande and Jain to welcome 2022 were actors Sana Makbul, Ashita Dhawan, Mishthi Tyagi, Karanvir Bohra, Teejay Sidhu, and Vikas Gupta.

Lokhande took to Instagram to share a series of photos with her fans in which she is seen posing with her husband.

Lokhande donned a long black backless halter dress with a half-bun, while Jain wore a black and white pullover with matching pants.

In one post the 'Pavitra Rishta' actress is seen as the DJ at the party and grooving to the song, ‘Bin Tere Sanam.’

The newlywed actress recently also posted a series of pool party photos to her Instagram account. Lokhande was photographed wearing a pink and white swimwear and a cowboy hat in the pictures.

Lokhande and Jain married in a small ceremony at Mumbai's Grand Hyatt Hotel. The couple's relatives and industry friends were in attendance for the celebrations.Bollywood actress Kangana Ranaut was also present at the ceremony. In the film 'Manikarnika,' Lokhande worked alongside Ranaut.

The actress made her Bollywood debut in Ranaut’s ‘Manikarnika: The Queen of Jhansi’. Lokhande was last seen in actors Tiger Shroff- Shradha Kapoor-Riteish Deshmukh starrer ‘Baaghi 3.’