Actor Sushant Singh Rajput’s ‘Detective Byomkesh Bakshy’ didn’t fare that well at the box-office. His ‘Pavitra Rishta’ co-star Ankita Lokhande recalls an incident about what SSR had said regarding the movie being ahead of its times. 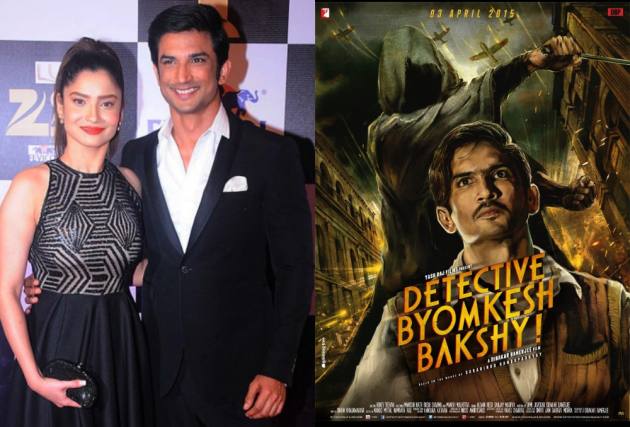 Actress Ankita Lokhande has been garnering a lot of praise from all over for the brilliant reprisal of her character Archana in the reboot of ‘Pavitra Rishta’. Shaheer Sheikh plays the character of Manav, which was earlier played by Sushant Singh Rajput and Hiten Tejwani. Remembering SSR, Lokhande reveals an interesting story from the time when ‘Detective Byomkesh Bakshy’ (2015) had released and not fared too well at the ticket windows.

Lokhande says, “I remember when ‘Detective Byomkesh Bakshy’ had come of Sushant (Singh Rajput), it did not work that well at the box-office. Sushant had stated that time itself that 'Keep a lookout. This film might not have a market in today's time, but in 10-years-time, people will look forward to and respect such kinds of stories and filmmaking.' The way it was made was very realistic cinema. It was kind of what today's audience wants. They have that mental understanding to watch something like that.”

Lokhande was commenting on the fact that OTT has changed the way audiences perceive content nowadays, and that is probably one of the reasons why her latest show ‘Pavitra Rishta 2.0’ has been released on Zee5 and not on TV.