Hathaway shared a special note, and posted a photo of the actor from his Emmy win for Best Actor in a drama series for 'Succession' last year, appreciating his talent on Instagram. 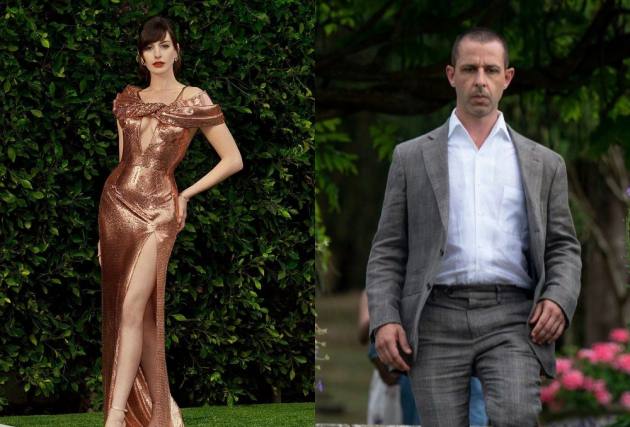 Hollywood actress Anne Hathaway has joined a slew of actors, who have defended ‘Succession’ star Jeremy Strong's “extreme acting methods”, which were reproed by the New Yorker, recently.

'Succession' star Jeremy Strong has been in the news ever since his New Yorker profile released which threw light on his extreme methods and is being widely debated over online.

Hathaway, who worked with Jeremy on 2019 film Serenity and is also a part of an upcoming project, James Gray-directed drama Armageddon Time with him shared a special note, and posted a photo of the actor from his Emmy win for Best Actor in a drama series for 'Succession' last year, appreciating his talent on Instagram.

Recently, director Aaron Sorkin who has also worked with Strong on The Trial of the Chicago 7 slammed the New Yorker profile about Jeremy that was released last week in an open letter. In the letter that was shared by Chastain on her own Twitter feed since the director is not on social media stated that the published profile showed a "distorted picture" of Jeremy's acting process.

Aaron Sorkin doesn’t have social media so asked me to post this letter on his behalf xx pic.twitter.com/3Ol1KGoJKM

“After reading Michael Schulman’s profile of Jeremy Strong — a profile in which I participated — I wanted to speak up,” wrote Sorkin. “I think I helped Mr. Schulman create what I believe is a distorted picture of Jeremy that asks us to roll our eyes at his acting process,” he wrote in the letter which was shared by Hollywood actress Jessica Chastain.

Jessica Chastain who worked with Strong in ‘Molly's Game’ too defended him by calling him "very inspiring & passionate about his work".

Ive known Jeremy Strong for 20yrs & worked with him on 2 films. Hes a lovely person. Very inspiring & passionate about his work. The profile that came out on him was incredibly one sided. Don’t believe everything you read folks. Snark sells but maybe its time we move beyond it.