Fankind founder Anshula Kapoor speaks to Outlook about her venture, about how they’re now branching out to sports celebrities as well, what they’re going to do with the funds raised through their new auction, and how Fankind has completely changed her life for the better. 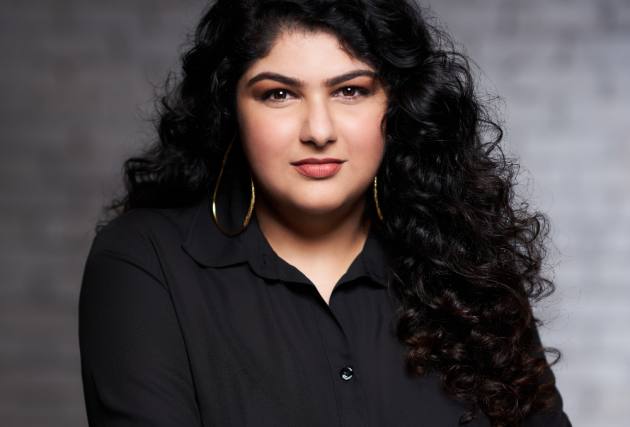 Fankind founder Anshula Kapoor, since the start of her career, has taken the path less chosen. Being the daughter of filmmaker Boney Kapoor and being the sister of actor Arjun Kapoor, she could have chosen anything to pursue, but she decided to help people by bringing together their sense of charity and their fandom towards celebrities under one roof. While she helps the commoners get their cherished experiences with their favourite celebrity, she also gives back to society by donating the amount raised for the charity via the auction of these celebrity experiences.

Despite having a filmmaker father and a brother who is the new-age star of today, she decided to steer clear of films and pursue something totally different. Now, she is excelling at it!

In a candid chat with Prateek Sur, Kapoor reveals a bit about how Fankind functions, how she is adding new verticals to the website and getting in sports celebs as well for the users. Excerpts:

How has your life changed after you started Fankind?

We started fan kind not only to help people realize their dreams and meet with their favourite celebrities, but most importantly as a platform to be able to fundraise for causes that are not only important to me as the founder, but also important to the celebrities that we associate with. Give India is and has been an integral part of our platform ever since our inception. One of the most fundamental learnings that I've had since starting Fankind and in this instance working with Give India so closely is just the knowledge on how the on-ground NGO's actually work. Maybe one thing that I've learned the most, or the one poignant way in which starting Fankind has changed me, is that it's made me a little bit more empathetic. At least I choose to believe that I am a lot more empathetic. Simply because when you're working so closely with non-profits on the ground, you're constantly aware of the harsh realities of what people in our country are going through. A lot more than you probably would be (aware of), or rather a lot more than I probably would have been (aware of) without having Fankind in my life. When we set up campaigns, we create micro-campaigns with NGOs so that we know exactly where they need help where fundraising is concerned, what programs they are running that they need us to be able to fundraise for. So, knowing those ground realities has given me a different perspective on not just why we do what we do with Fankind, but also giving me a new perspective on why we need to keep pushing more and more and keep giving our best every single day. At the end of the day, the work that the NGO's do on-ground is exceptional and if we can assist them in any possible way then it's just something that I'm very very fortunate to be able to do. Just this knowledge and this thought have actually been most life-changing in a way since we've started Fankind.

Tell us a bit about your new initiative about venturing into the sports vertical?

When we launched Fankind, we launched a fan kind with the idea of helping people interact with their favourite celebrities across the spectrum. It wasn't our idea to restrict it to any one particular field of celebrities. Cricket is a really huge part of the Indian diaspora and cricket is a very well-loved sport in our country, as we all know. So, diversifying into sports and starting with cricket felt very natural to us in a lot of ways. Also, we do have a feature on the website where people can come in and suggest celebrities that they want us to offer experiences with, or celebrities we want to associate Fankind with and, by and large, we had a lot of people coming in and writing to us, asking us to venture into sports, asking us to do experiences with cricketers, sportsmen and sportswomen. So, our endeavour with this new season of Fankind is to be able to fulfil all of those wishes. Therefore, we have restarted this season with one of the most exciting experiences that we've put together so far, which is for the blue jersey auctions for the Royal Challengers Bangalore team. We have a lot more in store. This is just the beginning, and this is just our foray into sports for the first time on the platform, and I'm hoping that we continue to receive the support from all of our users like we have so far.

As it’s a charity where do you get funds for the varied NGOs that you support?

As a platform were associated with Give India. They are our philanthropy partner. They, in turn, work with more than 600 non-profits on-ground within the country and help fundraise for them. As a fundraising platform, we raise funds for the NGO's that we support by people coming onto the platform and donating for the experience with the celebrities or donating for the auctions. For example, right now like how we have the autographed jerseys on auction from the RCB Team. People can come on board and place their bids and the highest bidder eventually gets the jerseys and the amount that has been collected as the highest bid amount is what is donated to the NGO's. So that's how we primarily fundraise. For virtual experiences, it works in a similar way. People come onto the platform and they donate for a chance to be able to interact with their favourite celebrities through the experience, and that's how we fundraise. Give India, being a philanthropy partner, receives the money from the platform directly into their bank account and therefore an 80-G tax exemptions certificate is issued to the donors who do come and donate on our platforms, within moments of their donation going through.

What are the plans for the money raised via this auction?

The auction for the autographed blue RCB (Royal Challengers Bangalore) jerseys is active and the bidding is open on our platform Fankind. The bidding will close on October 2, which means till October 2, people can keep going on our platforms and bidding for their favourite autographed jerseys by the squad players. RCB has very graciously donated the jerseys to us, and they are autographed jerseys. We aim to fundraise for a cause that's very pertinent to the times that we're living in right now. The funds raised from this auction will be used to provide to conduct mobile vaccination drives so that we can provide free vaccines to those marginalized communities in the country that currently don't have access to free vaccination centres in the communities that they live in and are also unable to pay for getting the COVID-19 vaccines. So, we're hoping to fundraise a substantial amount so that we are able to provide the first dose of the vaccine to as many people as we possibly can. And we're doing this in partnership with Give India and Narayana Health. The vaccines will be procured by Narayana Health, on the basis of the funds that we raise through this auction. So, we're really hoping that people come on the platform and bid generously.