In a video posted by the veteran actor on Instagram, Anupam Kher thanked his fans and the crew of the film ‘Shiv Shastri Balboa’ after wrapping up the shoot. 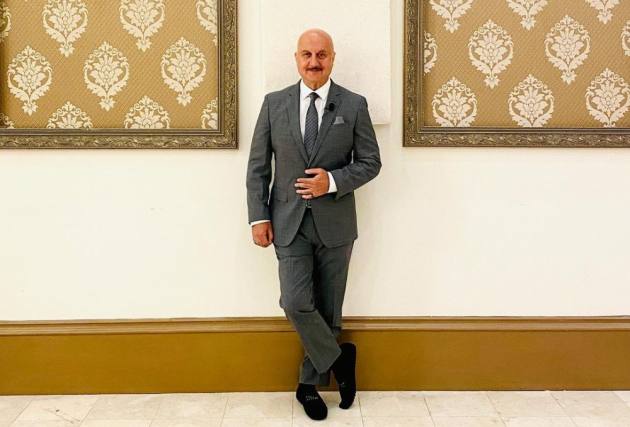 Actor Anupam Kher took to Instagram and confirmed that he has wrapped up the shooting oof the 519th film in his career, ‘Shiv Shastri Balboa’.

"Finally it is a wrap for my 519th film #ShivShastriBalboa!! What a roller coaster ride it has been! Thank you to my producers, line producers, technicians, and co-actors for the amazing love, warmth and support. I have a very good feeling about the work we have put in in the last 40days. Hope to meet you all again soon. #JoyOfMovies #Cinema #Wrap #NewBeginnings," Kher wrote on Instagram.

Alongside the note, he uploaded a video of him celebrating the last day of the shoot with the cast and crew of the film. Directed by Ajayan Venugopalan, the film also features Neena Gupta and Jugal Hansraj in pivotal roles.

Meanwhile, recently it was announced that Kher will be joining actors Amitabh Bachchan, Boman Irani and Neena Gupta in Sooraj Barjatya’s next directorial titled ‘Oonchai’.

“This would mark the second collaboration of Amitabh Bachchan and Neena Gupta after their ongoing assignment, ‘Goodbye’. Sooraj Barjatya has been working day and night to get a formidable ensemble in place for what he terms the most special film of his career. Contrary to the image of churning out family drama’s, this would mark Sooraj’s foray into displaying an emotional tale of friendship,” a source was quoted as saying.