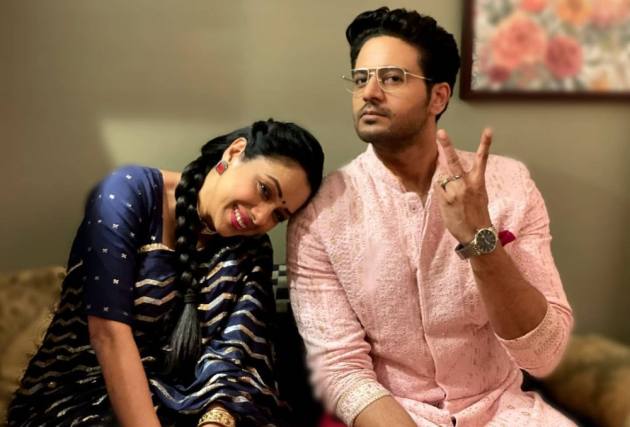 'Anupamaa,' a TV show starring Rupali Ganguly, Sudhanshu Panday, and the show's newest addition, Gaurav Khanna, is winning over viewers. While their on-screen characters, Anupamaa, Vanraj, and Anuj, are constantly striving for peace in their daily lives, their off-screen bond is worth noting. Ganguly and Khanna have a friendly relationship, which is evident in their social media posts. The duo went live on Instagram, shocking their followers.

The duo alluded to Khanna, who plays Anuj on the show, leaving the show because of Ganguly. This revelation alarmed the fans, but it was soon revealed in the video near the end that the two were simply pulling each other's leg.

Anupamaa and Anuj are business partners after she divorces Vanraj, according to the current plot. The latter is shown to be married to Kavya and living with the Shahs.

In a conversation with SpotboyE.com, he was all praise for Ganguly, he said, “Working with Rupali Ganguly is really good because I like her as a performer in most of the shows, especially her show Sarabhai vs. Sarabhai has been one of my favourite shows back then. I told her that I really love her comic timings also. She has been very supportive towards me since my character of Anuj is not very easy to play. So, I feel lucky to have a co-actress like her.”