Anurag Basu: In About 10-15 Years, You Will See The Golden Age Of Cinema

In an exclusive conversation with Outlook, ‘Ludo’ filmmaker Anurag Basu shares his optimistic view about the changing landscape of the film industry, thanks to the emergence of the OTT platforms and the ongoing coronavirus pandemic. 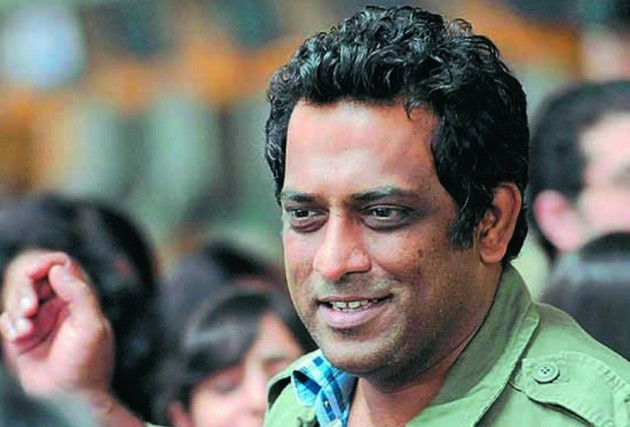 For filmmaker Anurag Basu, Bollywood, atleast right now, is a lot like his popular Netflix film ‘Ludo’. He says, “Bollywood is a very small fraternity, and everyone is in a some way or the other connected to the other person in this industry. Just like my film, 'Ludo'.”

The 51-year-old’s filmmaker quirky analogy is mainly due to the reason that he is waiting for  his project to go on the floor, but the ongoing pandemic is not making it easy for him. “Everyone’s connected in Bollywood. I am just waiting for my project to go on floor, but everyone else is stuck with their respective projects, because of this pandemic. So, I am just waiting,” he says and further extends his analogy. “My story is yet to start,” he laughs.

But despite the uncertainity right now, Basu is optimistic and feels that the combination of the emergence of OTT platforms and the pandemic has resulted in the audience being ready to watch all “kinds of” stories.

“I think the audience has become more cinema literate now. They are ready to watch all kind of stories now, and they are more open to different ideas now. That is a great news to any filmmaker or a story teller. I feel that not now, but in 10-15 years, you will see the golden age of Indian cinema, because of whatever has happened over the last two years,” he says.

OTT platforms, Basu says, have had a huge role to play in helping “writers and story tellers” to not be bothered about things like “whether this story will work or not”.

“I can go ahead and there is more freedom and more for story tellers now. There are no ifs and buts and whether it will work or now. Filmmakers who would earlier wait for five-six years to get a break, are now getting a chance with OTT now and are making some really great stuff. That’s why I say, that it will take some time, but we will see some great films and some great filmmakers in the next 10-15 years, who will make films not just for OTT but the theatres as well,” he says.

Basu’s optimism is not based on rhetoric. His last film, ‘Ludo’ was supposed to release in theatres, but the pandemic forced him to release it on a streaming platform. A decision, which even Basu claims, proved to be a better for his film.

“I think its shelf life increased and it reached out to more people. So it was a blessing in disguise for me form that perspective,” says Basu who won the Best Director award for the same film at the Indian Film Festival of MElborune 2021.

“It was great to win an award like that because not only am I a big fan of the other movies which were nominated along with it, but also great considering the fact that there was no other award ceremony due to the pandemic,” he adds.

The film, a quirky comedy-drama, also featured Basu as the narrator in the film. That decision too, Basu reveals, was due to the pandemic.

“When the pandemic had hit, we just had to shoot those portions ( the portions of the narrator. When we started shooting after the first lockdown, there were lot of restrictions. There were only 15 people people allowed on the set. So I just didn’t want to take any risk or put anyone else in danger, so I decided I’ll do the role myself,” he chuckles and signs off.