'Mr. Kashyap has categorically denied that any such alleged incident ever took place and has also denied all allegations levelled against him,' says Kashyap's lawyer in a statement 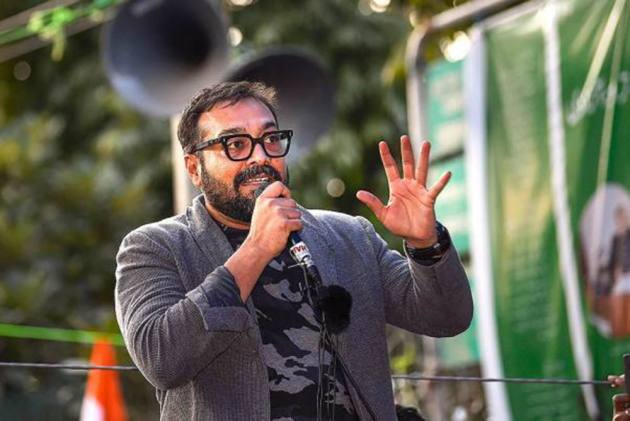 “Vehemently” denying actor Payal Ghosh’s allegations of rape against him, filmmaker Anurag Kashyap on Friday described them as “false and reckless” and said he was out of the country during the period she has mentioned in her FIR.

A statement issued by his lawyer a day after he was questioned in the case said Kashyap provided documentary proof to the police to establish the fact that he was in Sri Lanka shooting for a film in August 2013.

Versova police registered a First Information Report (FIR) against Kashyap on September 22 after Ghosh alleged that he had raped her in August 2013.

"Mr. Kashyap has denied all wrongdoing in the matter and has provided his statement to the police. The material provided by Mr. Kashyap, in support of his statement, demonstrates that the complaint of Ms. Ghosh is an outright lie,” said the statement by his lawyer Priyanka Khimani.

Kashyap, who was questioned by Mumbai Police for eight hours on Thursday, has said he will “vigorously pursue” legal remedies.

“Mr. Kashyap has provided documentary proof of the fact that throughout August, 2013 he was away in Sri Lanka in connection with the shooting of one of his films. Mr. Kashyap has categorically denied that any such alleged incident ever took place and has also denied all allegations levelled against him,” Khimani said in the statement.

She said the filmmaker believes the falsity of the complaint has been exposed by the “ever-shifting” versions of events shared by Ghosh.

Khimani said the filmmaker is “distressed” with the “false and reckless allegations made against him that have caused pain to him, his family and his fans”.

“Mr. Kashyap vehemently denies any such incident, as has been alleged, and has sought for severe action against Ms. Ghosh for misusing the criminal justice system and for 'hijacking the Me Too' Movement for her ulterior motives. Mr. Kashyap is confident that justice will prevail,” the statement read.

Last month, Ghosh took to Twitter to claim that Kashyap was sexually inappropriate towards her, an allegation the director had dismissed as “baseless”.

Police has invoked IPC sections 376 (I) (rape), 354 (assault on woman with intent to outrage her modesty), 341 (wrongful restraint) and 342 (wrongful confinement) against the “Gangs of Wasseypur” filmmaker.

Earlier this week, Ghosh and Union Minister of State for Social Justice and Empowerment Ramdas Athawale had met Maharashtra Governor B S Koshyari to seek action against Kashyap.