Qureshi's response came a day after Chadha sent a legal notice to Ghosh through her lawyer Saveena Bedi Sachar for being 'unnecessarily and falsely dragged in a defamatory manner'. 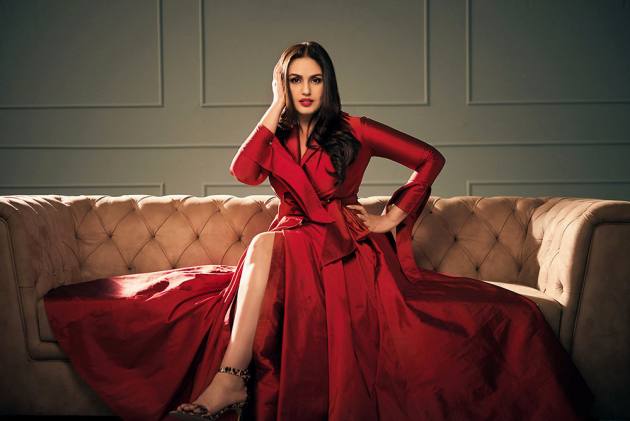 Actor Huma Qureshi on Tuesday said she is angry about her name being "dragged" by Payal Ghosh in her allegation of sexual harassment against filmmaker Anurag Kashyap.

On Saturday, Ghosh took to Twitter, claiming that Kashyap was sexually inappropriate towards her, an allegation the "Gangs of Wasseypur" director called "baseless".
In a video released to ABN Telugu, Ghosh claimed that the incident happened in 2014-2015.
The actor, who made her Hindi debut with Rishi Kapoor-Paresh Rawal starrer "Patel Ki Punjabi Shaadi", also claimed that Kashyap boasted about his connection with megastar Amitabh Bachchan and flaunted that there were other female artistes who he got intimate with, including Qureshi and Richa Chadha.

There are a thousand effort everyday to suppress my voice. The plot to change the twist everyday is happening. This is what happens when someone without a filmy background raises the voices. Let the time come, the truth is going to come out .. it's eventual #metoo

Qureshi, who made her debut with "Gangs of Wasseypur", posted a statement on Twitter, saying that she had so far avoided commenting on the issue as she didn't want to get into social media fights and media trials.

"I feel really angry at being dragged into this mess. I feel angry not just for myself but also every woman whose years of hard work and struggle gets reduced to such baseless conjecture and allegations in their workplace. Please let's refrain from this narrative," the actor said in the statement.

Calling Kashyap a "dear friend" and an "extremely talented" director, Qureshi said the duo last worked together in 2012-2013.

"In my personal experience and to my knowledge he has neither misbehaved with me or anyone else. However, anyone who claims to be abused must report it to the authorities, the police and the judiciary...

"It is the joint responsibility of women and men both to carefully protect the sanctity of #MeToo. This is my final response. Please do not approach me to make any more statements on this matter," she added.

Qureshi's response came a day after Chadha sent a legal notice to Ghosh through her lawyer Saveena Bedi Sachar for being "unnecessarily and falsely dragged in a defamatory manner".
"Though our client believes that genuinely wronged women should get justice at all costs, there are legislations that are intended to ensure that women have an equal standing in their workplace and to ensure that they have a cordial workplace in which their dignity and self-respect is protected.

"No woman can be allowed to misuse their liberties to harass other women with unsubstantiated or non-existent, false and baseless allegations," Chadha's lawyer said.
Kashyap, too, shared a statement from his lawyer, Priyanka Khimani, that said the 48-year-old director has been "fully advised of his rights and remedies in law and intends to pursue them to the fullest extent"
Dismissing the allegations on Sunday, Kashyap called Ghosh's claim an attempt to "silence" him for his outspoken views.
The director found support in his industry friends, including Hansal Mehta, Taapsee Pannu, Mohd Zeeshan Ayyub as well as former wives, film editor Aarti Bajaj and actor Kalki Koechlin who credited him for creating safe workspace for women.