'Apne 2' To Release On Diwali 2021 In Theatres, Karan Deol Joins Family For Sequel 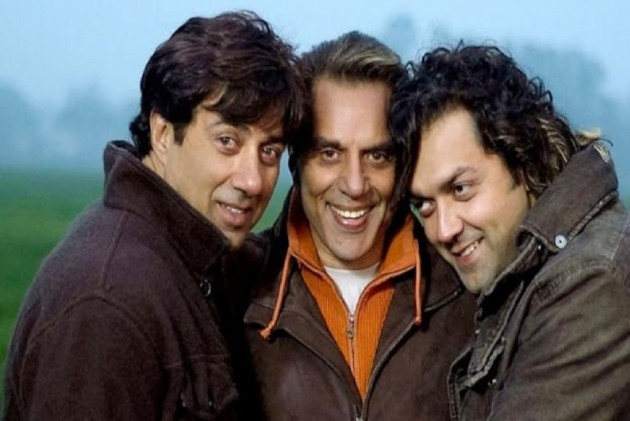 Actor Sunny Deol on Monday announced he is set to collaborate with his son, actor Karan Deol for the sequel of "Apne", which will also feature his father, veteran star Dharmendra and actor-brother Bobby Deol.

The film, which was officially announced by Dharmendra on Sunday, will have a Diwali 2021 theatrical release.

"With the blessings of Babaji and your love, all of us will be seen together, again. Feeling blessed to get a chance to work with my father, brother again this time with my son. #Apne2, in cinemas Diwali 2021," the actor said.

"Apne 2" will be directed by Anil Sharma, who also helmed the 2007 hit drama, and will be produced by Deepak Mukut.

Karan, who made his debut with his father's directorial "Pal Pal Dil Ke Paas" in 2019, said "Apne 2" will be special as he is collaborating with his family.

"On the auspicious day of #GuruNanak Jayanti, elated to announce #Apne2! Releasing Diwali 2021! This ones going to be extra special. Thank you so much @anilsharma_dir sir and @deepakmukut sir for making this possible," he wrote on Instagram.

"Apne" was a sports drama that featured Dharmendra as a disgraced former boxer who tries to reclaim lost respect in his career through his sons.

Its sequel will go on floors in March.

"Apne" marked the first time the Deols came together onscreen.

Dharmendra, Sunny and Bobby reunited for the comedy "Yamla Pagla Deewana" in 2011.