Netflix’s recently released drama thriller has all those typical elements one would find in a drama thriller, yet the writers have left a few loops open, to keep the viewers guessing if a second season might be on the cards as well. 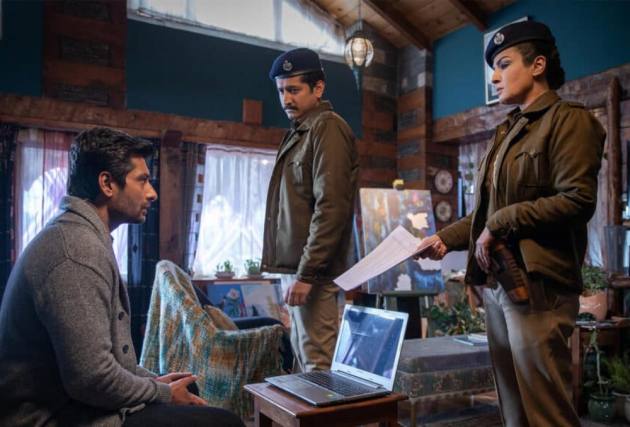 The easiest thing to do with a several-episode-long drama thriller is to create multiple characters, and intertwine their lives, revolving on one single incident or a theme, that acts as the pivot for the story to swing upon back and forth. However, in doing that it is very easy to fall in the trapdoor, of not closing all the loops. After all, too many cooks spoil the broth. And therefore, writer/creators of such titles have to be very wary of the closing all the loops, slowly and steadily through the course of the series of their episodes.

Netflix’s recently released drama thriller, ‘Aranyak’, has all those typical elements one would find in a drama thriller, yet the writers have in a brilliant way closed the loops, and left a few open, just enough, to keep the viewers guessing if a second season might be on the cards as well. Despite the fact that each episode in the eight-part series is over 40 minutes long, you don’t feel like, its lengthy or feel bored, at all at any point during the series.

What Is It About?
The plot is simple: Two high-ranking cops, with completely contrasting personalities, work on a case, which is not only shrouded in mystery due to involvement of the local politicians of that area, but also because the cases also brings back a haunted urban legend back – someone who he is neither a man nor an animal, -- who had previously terrorised the little quaint town in Himachal Pradesh, in India.

Parambrata Chatterjee, plays the role of Angad, a high-ranking police officer, who is transferred to this quaint little town after its current SHO, Kasturi Dogra (Raveena Tandon) applies for a year-long leave, to focus on her eldest daughter Nutan (Taneesha Joshi) and improve her relationship with her husband, Hari Dogra (Vivek Madan), who has neither been able to accept his wife as a police officer, and nor has he accepted his failure in becoming a policeman and following the footsteps of his father, Mahadev Dogra (Ashutosh Rana), who is now retired, but is greatly respected by the members of the police force in that area.

What’s Hot?
The story is beautifully written, where everyone almost knows everyone, and they get uncomfortable when someone, questions their intentions. When Angad decided to assist a foreigner Julie Baptiste (Breshna Khan) in finding her missing daughter Aimee, Kasturi, strongly objects, believing that she is just another foreigner, who came to the hills in search for hashish (charas). Her objections grow louder, when Angad starts questioning locals, in relation with the case and, since he is an outsider, suspects everyone to be involved in it. And to balance these very-human flaws, Angad too is shown to have come out to the hills, after a rather traumatic incident in his past, which saw his personal life getting affected because of his professional fearlessness.

Apart from its central characters, the secondary characters have aided wonderfully well. Special mention here for the young actors Wishveash Sharkholi, Taneesha Joshi and Belarus-born Anna Ador, who have lengthy roles, and are pivotal to the story. Yet, despite the presence of several great actors including Rana and even Zakir Hussain, they don’t look out of place or out of character at all.

What’s Not?
The only loopholes, in the entire series could be said that are a few problematic normalisations like the fact that Parambir’s Angad, instead of acknowledging the urban legend, sees it as nothing but superstition and attributes it to their backwardness, since they belonged to a small town. To further strengthen this point, in one of the episodes when the medical examiner tells Kasturi Dogra that the victim had died after his jugular vein was cut off, SHO Kasturi Dogra asks what he meant by the world jugular. The fact that the writers believe that a female SHO will not know the meaning of the word jugular, shows how they really think about people and especially succesful women in smaller towns.

Final Verdict
Nevertheless, despite a few problematic elements, Aranyak, can easily fall into the category of binge-worthy show, since it is one of those series, where no one can watch just one episode. There are several similarities between Aranyak and ‘Mare of Easttown’ starring Kate Winslet, and I am sure there will be people who will be quick to jump to the conclusion that Aranyak is a blatant rip off of the English-language series, yet it is very different, not just in the kind of themes it deals with, but also the characters in it.