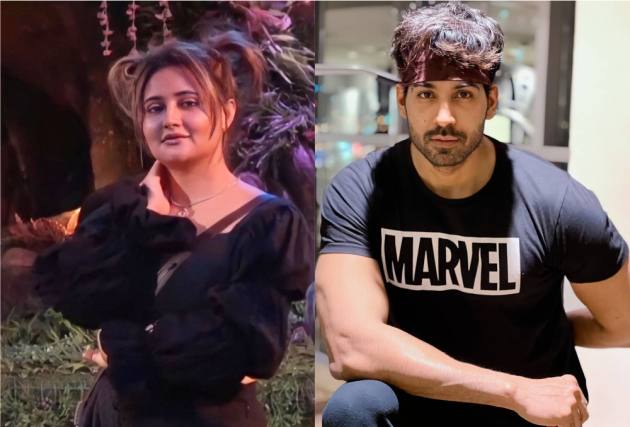 The personal life of actress Rashami Desai was one of the most talked-about issues on 'Bigg Boss 13'. Arhaan Khan, her ex-boyfriend and actor, entered the show as a wild card, and it was revealed to Desai during his time on the show that he was already married and had a child. The duo had a public breakup, which was followed by a barrage of accusations from both parties. Arhaan Khan has now called Rashami Desai an "attention seeker" and a "sympathy gainer". Desai is presently competing in 'Bigg Boss 15' as a contestant. She entered the house as a wildcard.

Moderator of 'Bigg Boss' and actor, Salman Khan was the one who revealed Arhaan Khan's past, and he proved to be a tremendous source of strength for Rashami Desai. Salman Khan was then hailed by the actress for rescuing her from a bad spot. “He was like an angel in my life. I can never thank him enough. I won’t have words to express what Salman sir did for me," said Desai.

Arhaan's tweet drew a lot of criticism, with Rashami's admirers accusing him of being "shameless."

I really hope that #ArhaanKhan getss Rid of the depression...But I ALSO HOPE that he doesn't blame #RashamiDesai for this...Because she suffered enough in her life and I literally cried when she told that she want to end her life in Biggboss
If Arhaan could get Depression (1/2)

Never watched #BB13 n neither a fan of #RashmiDesai bt whatevr existence I knw of #ArhaanKhan is all bcoz of some clips of him betraying her n on the other hand I know of rashmi from utran..so whatever the thing is you r no one to accuse her of anything when she can't even reply!

Meanwhile, Desai has been attracting a lot of attention on the show because of her tight relationship with Umar Riaz. She is a close friend of Umar Riaz's younger brother, Asim Riaz, who came in second place on 'Bigg Boss 13' as the second runner-up. After Asim Riaz's confrontation with late actor Sidharth Shukla in the 13th season, Rashami Desai and Asim Riaz became good friends. Because of Asim Riaz, Rashami Desai also knows Umar Riaz from the outside.