Did You Know? Arjun Kapoor's Acting Debut With Govinda In 'Salaam-E-Ishq' Was Cut From The movie?

Bollywood actor Arjun Kapoor revealed that his bit part opposite actor Govinda in the 2007 film 'Salaam-E-Ishq' was cut from the film's final edit. 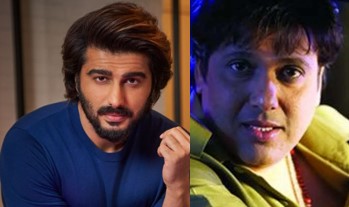 In a chat with Masala, the actor  talked about his part. “I shot something really sweet with Govinda. He was a taxi driver and I was one of his customers. I was supposed to fall asleep on his shoulder while he is driving the taxi and he kept nudging me to wake up. It was just part of the montage of the introductory song,” he said.

Kapoor's scene was eventually cut from the film but he doesn’t have any qualms about it. The actor said, “I was part of the editing as well so I knew it was never going to make it. It was just a fun thing to do. Thankfully, it got cut but I’m very lucky I technically got to debut with Govinda.”

Kapoor was last seen alongside actor Saif Ali Khan in the Disney+ Hotstar film 'Bhoot Police'. He will be seen next in Mohit Suri’s thriller 'Ek Villain Returns', the thematic sequel to the 2014 film 'Ek Villain'. The film also stars actor John Abraham and actresses Disha Patani, and Tara Sutaria.

The actor was recently contracted with Covid-19 along with his sister Anshula Kapoor, cousin and film producer Rhea Kapoor and her husband and director Karan Boolani. The actor had battled the virus in September 2020 as well.