Described as a coming-of-age cross-border romance, the story has been penned by Anuja Chauhan, Amitosh Nagpal, and Kaashvi Nair. 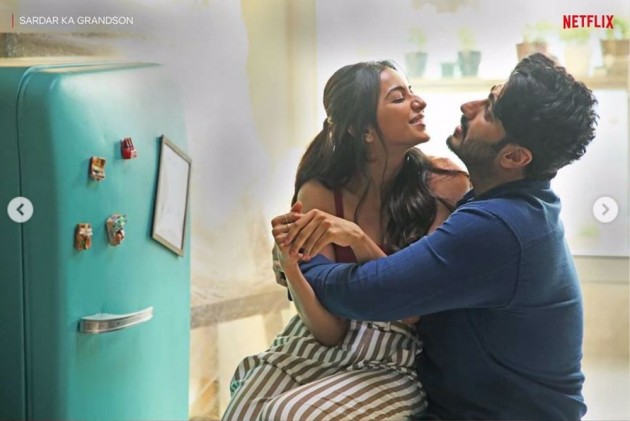 Taking to Instagram, Kapoor shared a few insights from the film with his co-stars Neena Gupta and Rakul Preet Singh.

"Gather your parents and grandparents for this one, 'Sardar Ka Grandson' is coming soon to @netflix_in #SardarKaGrandson," he captioned the post.

However, the exact release date of the film is yet to be announced.

Described as a coming-of-age cross-border romance, the story has been penned by Anuja Chauhan, Amitosh Nagpal and Kaashvi Nair.

The film, which also features John Abraham and Aditi Rao Hydari, is produced by T-Series, Emmay Entertainment and JA Entertainment.