Arjun Kapoor recently bought a Land Rover Defender 110, and now he has got his hands on the Mercedes-Mayback GLS 600. This is his second SUV buy of 2021. 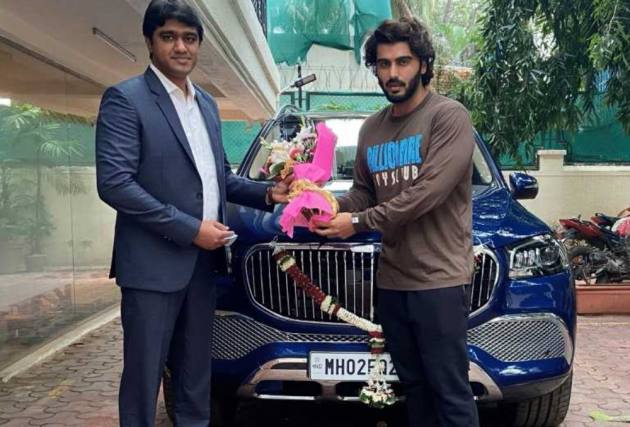 Arjun Kapoor has been a fan of cars all his life. He recently bought a Land Rover Defender 110 and now again he has bought himself a Mercedes-Maybach GLS 600. It’s an uber-luxurious SUV. The first lot of the car has already been wiped off the showrooms, and the next lot is said to be already pre-booked with the deliveries to happen only in 2022. The car was delivered to Kapoor by the Mumbai-based dealer.

For the unversed, the car is priced at a whopping Rs 2.43 crore. Kapoor’s close friend and co-star Ranveer Singh also brought home the same care a few months earlier. This is Kapoor’s second car purchase of the year, and both of them have been SUVs. Before these two luxury cars, Kapoor used to be going around town in his Maserati Levante.

On the work front, Kapoor is all set with his next release ‘Bhoot Police’, which hits Disney+ Hotstar tomorrow. The film also stars Saif Ali Khan, Jacqueline Fernandez, Yami Gautam and has been directed by Pavan Kriplani.