Arranged Love | Mom, Can I Marry The Girl Of My Choice?

A short fiction story by author Namita Das on the travails of young lovers trying to marry the people they choose in the face of parental policing. 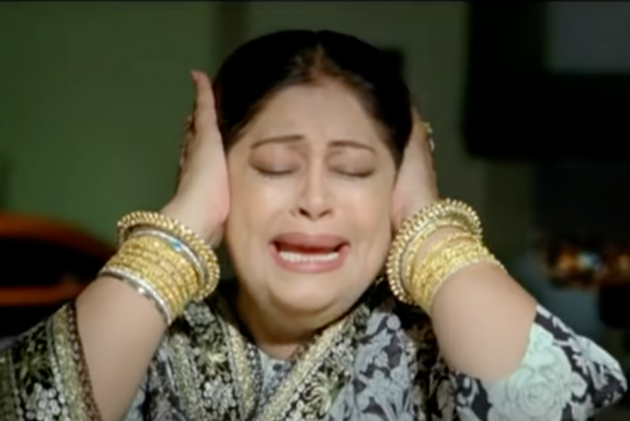 In some corner of India, a mother was busy gossiping about how next door Sharmaji was in search of an alliance for his daughter staying in Mumbai and there were already three rejections. The father nodded in between and at the same time pretended to read the newspaper while gazing at the page three pictures.

"I want to get married" intervened their only son who had come down for his vacation.

"What?" Mom shrieked and the father gaped out of the newspaper.

An Unusual Love Story: A Break-up, Finding New Love To Break Again But...

Letters To Loved Ones | Passages For Those Who Lived Among Us

"Yeah, I want to get married"

"Son, keep patience. We are looking for the right girl for you. That's the reason we called you here this time"

"Mom, that's the reason I came down here"

"Why is he getting so impatient?" Dad mumbled to mom.

"Dad I am not impatient, but we need to talk.”

"Yes son, tell us. Is there anything specific you are looking for?”

"Yeah, I mean no. I mean I already have found someone."

There was silence for exactly five seconds, followed by mom’s envisaged melodrama.

"Mom, Mom, stop that. I have not married her yet."

"How could you choose a girl for yourself"

"Because that is our job to find the right daughter in law for us."

"I assume she would be my wife, so I should get the right to choose one."

"Why? Why am I not allowed to make choices?"

"I am sure, she has some wicked powers, that you are arguing with us for her. She has changed you." Mom sniffled.

"No, I don't mean that, at least you should get to know her."

After some hammier and cavilling, "Ok. Does she know how to cook?"

"Yeah, she completed her cookery classes last month. Thai, Lebanese, Chinese. Anything you ask for."

"Err. I guess that was included in the course."

"See, the very first problem. She does not even know how to cook. What will you eat after marriage? Thai and Lebanese. Huh," Mom smirked as she found herself scoring one extra point in the argument.

"No mom, I will extend the contract of my maid who cooks for me now." One point gained by me too.

There was silence again but it seems I shot in the wrong direction, "Is she beautiful?" Mom enquired in a vexed tone.

"You bet. She is damn hot.” Mom looked bewildered as the son changed his tone. “I mean, yeah, yes she's beautiful."

With disconsolate eyes, mom looked at me like she was the losing battle.

"But not as beautiful as you, mom," I added to cheer her up.

That didn't help though, the soldier was now bucked up for her next shot and there it went.

"Look at Sharmaji. He is so lucky. His daughter has given him the privilege to find the right guy for her. She comes down quietly and meets all the potential guys her dad finds for her."

"And all get rejected," I added.

"Shut up. At least she is allowing her parents to take charge. Wish I had an obedient daughter like her instead of you. Huh."

"So, you like Sharmaji’s daughter more than your son. Good to know."

"Of course, she is a nice girl. Not like Guptaji's daughter who was in a live-in relation with some guy and came back asking to get married to him. What kind of people can live together without marriage?"

"Enough. Forget them. Will you both meet the girl whom I have chosen? I am sure you would like her. And now I am pretty sure."

"Next door Sharmaji's daughter. We are living together in Mumbai for the last two years and now want to get married."