The gossip mill started spinning again after Arslan Goni left Sussanne Khan a beautiful note with hearts and loving emojis on her post about contracting Covid. 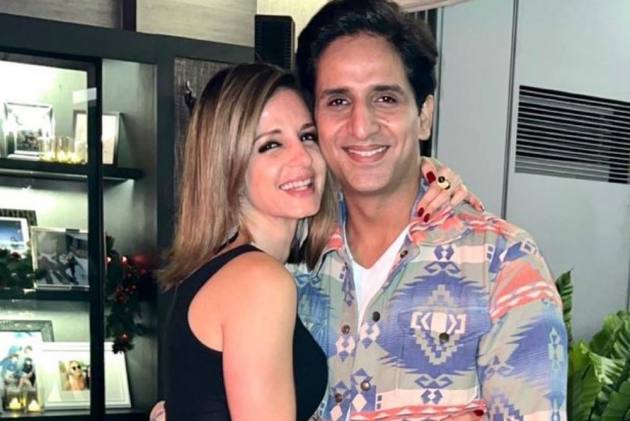 Arslan Goni and Sussanne Khan's relationship rumours circulate whenever the two are spotted together or leave romantic remarks on one other's social media accounts. The same thing happened when the latter blogged about contracting Covid-19, and the former sent her a beautiful note with multiple hearts and kissing emojis at the conclusion.

Arslan Goni has now spoken out about his rumoured relationship with Hrithik Roshan's ex-wife.

According to a report by Hindustan Times, He said, “What do I tell someone who has come out positive? I will always wish them god bless you, and that you will get well soon. As far as going viral is concerned and what people are saying, I cannot read all those messages. I don’t do that. Everyone has the right to say what they want to. But I am supposed to say something sweet to someone who has just tested positive!"

Goni claims he has always attempted to avoid the hoopla around rumours of the two being in a relationship, despite the fact that rumour mills are widespread. “I normally don’t like to talk about it. There is this thing that I keep hearing and friends keep forwarding to me. Two people living a good happy life and that’s it,” says Goni, who was recently seen in the series 'Mai Hero Boll Raha Hu' (2021).

Back in December of last year, he addressed their rumoured romance and stated that despite spending time in Goa for the latter's birthday party, he and Sussanne are just close friends.

As per ETimes, he was quoted as saying, “Social media banter is a regular thing. It was just a birthday get-together with friends. Everyone can attend their friends’ birthday parties, right? People will always speculate and we know how to deal with it… by not paying heed. Sussanne and I are very good friends. I met her at a common friend’s house. We just hit it off instantly. We hang out together along with other friends. She is a very nice human being.”

Arslan Goni made his debut in Bollywood with 'Jia Aur Jia' opposite Kalki Koechlin and Richa Chadha.