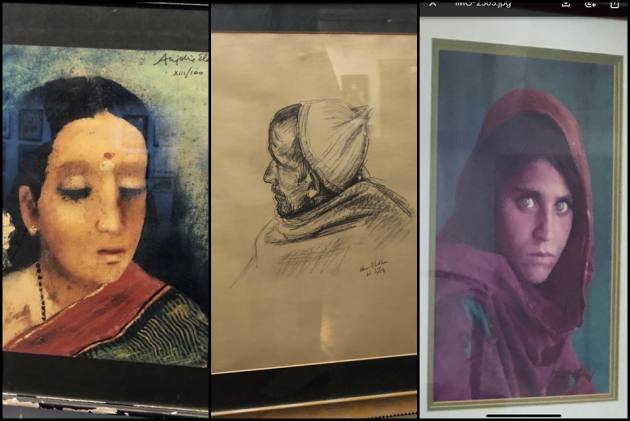 Two musical presentations are worth remarking on here. There must be many more, but space constraints demand a choice be made.

One, first produced and released in 2012 is what Bickram Ghosh calls his magnum opus. Though nine years old, it retains its freshness and relevance, and is worth revisiting.

A version of the Vande Mataram infusing a fresh melody into the much loved tune.

At that time, travelling across the country needed no E-passes and Ghosh took himself across India to record twenty-two of India’s musicians first hand.

The visuals follow a young girl through a series of Indian tableaux that include a Goan wedding, mountain and seascapes, mosques, ghats, village scenes with all religions represented to portray the diversity of the Indian social fabric.

Music in hand, he set about creating a video, for which seven different sets were erected on Madh island, off the coast of North Mumbai.

It’s a happy, rousing production, with the music holding just the right blend of melody and rhythm required. Ghosh’s endeavour which was directed by Girish  Mallik and curated by Manisha Dey won for the team the Global Indian Best Music Award.

Synthesis is the name of the other musical project that was released on Independence Day, this year. It’s streaming on all musical platforms.

The video starts with Dhanashree Pandit Rai singing the opening lyrics, Geeton mein woh awaaz hun main to the accompaniment of the rhubarb by Kashmiri artiste Nazir Ganaie, who is a senior staffer with Greater Kashmir.

Other vocalists, including Sonam Kalra, Anushree Gupta, Kutle Khan and Sunita Bhuyan, continue the vocals with dancers Sohini Roychoudhury and Aditi Bhagwat performing Bharata Natham and Kathak. An impressive list of musicians from Hindustani and Carnatic music provide support through the composition.

Along with the tabla, mridangam, sitar and the flute, lesser heard instruments like the Marathi dholak, belabaharr, Assamese violin and the nagara take their place centre-stage in this composition by Ravi Iyer. The lyrics are by KC Loy

And in Pondicherry which is celebrating I-Day along with Darshan Day, Aug 15 being the birthday of Sri Aurobindo, Lalit Verma’s Aurodhan Art Gallery has opened its ambitious virtual and physical exhibition dedicated to Freedom and the Nation.

A collection of 150 art works from across the globe, including painting, ceramics and sculptures by 75 artists from Pondicherry are on show. The numbers are significant marking Sri Aurobindo’s 150th birthday, and 75 years of Indian Independence.

Do log on for a visual feast that can be enjoyed without having to don a mask!

The link to Lalit Verma’s Facebook page will lead you to a guided tour of the show, with an introduction by the curator himself to art by, among others,  Steve Mc Curry, Homi Bhabha, Nandalal Bose, Shakti Burman and MF Hussain. A veritable feast!