Aryan Khan, who is currently lodged in Mumbai's Arthur Road Jail, was arrested on October 2 on a cruise in connection to the possession of illegal drugs. 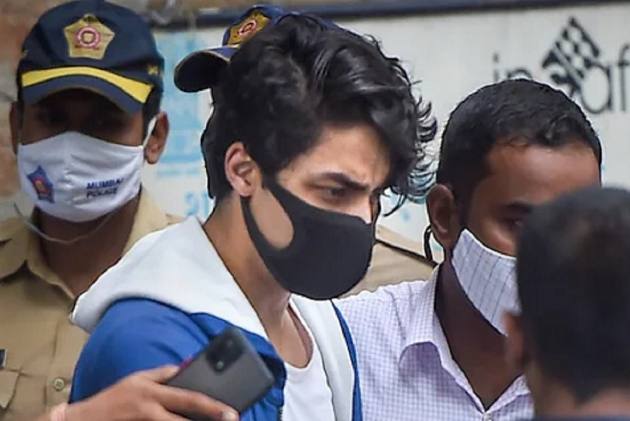 The probe into the Mumbai cruise drug case in which Bollywood superstar Shah Rukh Khan's son Aryan Khan is an accused has taken a new turn. A witness by the name of Prabhakar Sail submitted an affidavit claiming that Narcotic Control Bureau (NCB) officer Sameer Wankhade and NCB witness K.P. Gosavi--who is currently missing--demanded Rs 18 crore from Shah Rukh Khan to release his son.

According to a report in NDTV, Prabhakar Sail, who claims to be K.P. Gosavi's personal bodyguard, said that he heard about the deal in a conversation between K.P. Gosavi and a person named Sam D’Souza. Of the Rs 18 crore, Rs 8 crore was to be given to Wankhade.

He also said that the same evening there was a meeting between K.P. Gosavi, Sam D’Souza and Shah Rukh Khan’s manager Pooja Dadlani inside a car. Prabhakar Sail claimed that he received cash from Sam D’Souza and handed over the money to K.P. Gosavi, whose selfie with Aryan Khan had gone viral.

Wankhade, who is zonal director, NCB, has reportedly refuted these claims and has promised a “befitting reply”. Calling these claims baseless, he asked why, if the deal was made, was Aryan still in jail. Recently, the Pune police had issued a lookout circular against K.P. Gosavi,  who used to offer people jobs abroad, in a 2018 cheating case.

A senior NCB official denied the allegations, terming them as "completely false and malicious".

The NCB, while stating that Wankhede has categorically denied the allegations, also said that as the matter is sub judice, Prabhakar Sail should have submitted his prayer to the court if he had anything to say.

Mumbai NCB's Deputy Director General (DDG) Mutha Ashok Jain issued a statement saying that he came to know through social media that Sail is a witness in the case.

"As he (Sail) is a witness in the case and the case is before the honourable court and is sub judice, he needs to submit his prayer to the court rather than through social media if he has anything to say," the statement said.

In addition, there are certain vigilance-related allegations against certain persons in the affidavit, which are based on overhearing by Prabhakar Sail, it said.

"Zonal Director of Mumbai NCB Sameer Wankhede has categorically denied these allegations. As some of the contents of the affidavit are related to vigilance matter, we are hereby forwarding the affidavit to the Director General (DG) NCB and requesting him for further necessary action," the statement added.

Meanwhile, Maharashtra minister and NCP spokesman Nawab Malik, who has repeatedly termed the cruise drugs bust case as "fake", said Sail's claims were "very serious" and demanded a probe into it by a Special Investigation Team (SIT).

Talking to reporters in Beed, Malik reiterated his allegation that Wankhede was involved in "extortion and terrorising the Mumbai film industry", and said he will meet the chief minister and home minister on Monday in Mumbai seeking a SIT probe into Sail's claims.

Shiv Sena MP Sanjay Raut in a tweet said, "Witness in AryanKhan case made to sign on blank paper by NCB is shocking. Also there are reports that there was demnd of huge money. CM UddhavThackeray said that these cases are made to defame Maharashtra. This seems to be coming true. Police should take suo moto cognizance."

Maharashtra Congress spokesman Atul Londhe said Sail's allegation substantiated the party's charge that central agencies were being against the opposition parties. He demanded that the Supreme Court take appropriate action against the misuse of agencies politically.

Aryan Khan, who is currently lodged in Mumbai's Arthur Road Jail, was arrested on October 2 on a cruise in connection to the possession of illegal drugs. So far, he has been denied bail by the NDPS court. His next hearing is scheduled for October 26.

Here's a look at the timeline of events:

Oct 2: A Cordelia cruise from Mumbai to Goa was raided by the Narcotics Control Bureau (NCB) where they seized 13 gms of cocaine, 5 grams mephedrone, 21 grams charas and 22 pills of MDMA or Ecstasy, and detained several people including a ‘Bollywood megastar’s son’

Oct 3: Bollywood superstar Shah Rukh Khan’s son, Aryan Khan gets arrested along with his friends Arbaaz Merchant and Munmun Dhamecha. After undergoing tests, the accused were produced in front of the magistrate, who sent them to a one-day NCB remand.

Oct 4: In front of the magistrate, the NCB claimed to have discovered texts on Aryan Khan’s phone pointing to international drug trafficking. The court allows NCB to keep the accused under their remand for three days till October 7.

Oct 7: Court denies further custody sought by the agency and says grounds cited for further custody are vague. Simply remanding them in custody would amount to a violation of their fundamental rights guaranteed under the constitution. Remands them in judicial custody. Aryan seeks bail.

Oct 8: Magistrate rejects bail plea of Aryan, Arbaaz and Munmun. Says plea not maintainable before it.

Oct 9: Aryan seeks bail before a holiday sessions court. Says he is falsely implicated and that no drugs were recovered from him, as also admitted by the NCB.

Oct 11: His advocates seek an urgent hearing of his bail plea. NCB asks for more time in filing their reply to the bail application. Court asks NCB to reply on Oct 13.

Oct 13: Special NDPS court hears the bail petition, postpones it till the next day.

Oct 14: Special court reserves its order regarding the bail plea till October 20.