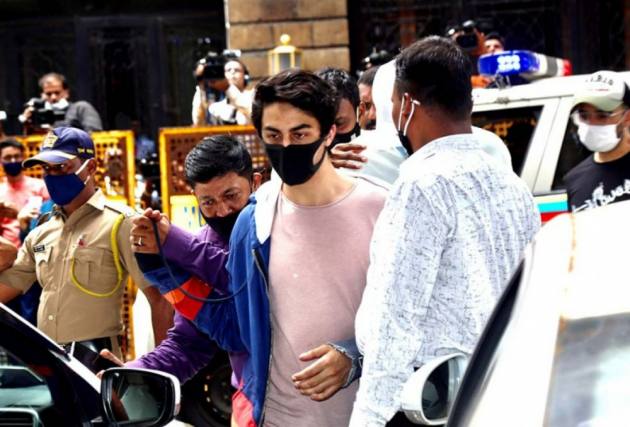 On Friday, Bollywood actor Shahrukh Khan's son, Aryan Khan  approached the Bombay High Court, requesting that the conditions imposed on him when he was granted bail in the drugs-on-crime case be modified.

According to the plea, the investigation has now been transferred to a Special Investigation Team of the Delhi (Narcotics Control Bureau) NCB, and the requirement that he appear at the Mumbai office could be relaxed. According to the application, he must be accompanied by police officers whenever he visits the NCB office in this city because of the large number of journalists waiting outside.

His lawyers told PTI that the high court will most likely hear the case next week. Following a raid on a cruise ship, the NCB arrested Aryan Khan on October 3 on charges of alleged drug possession, consumption, and sale/purchase.

Aryan Khan has requested exemptions on the following ten points:

1. He complied with all bail conditions meticulously and assiduously.

3. He went to the NCB Mumbai zonal unit's Kharghar office in response to a summons from the Special Investigation Team, NCB New Delhi.

4. Since the case was taken over by the Special Investigation Team, NCB New Delhi, on November 12, no further statements have been recorded.

5. There is no chance that the Mumbai office will question him, so there is no point in his going to their office every Friday.

6. During his visit to the NCB office, he was trailed by a large number of media personnel, who photographed and questioned him extensively.

7. A large number of police officers are deployed in order to maintain law and order.  However, if the bail conditions are relaxed, this can be avoided.

8. Parity with co-accused Manish Rajgadiya, who was not required to appear every week.

10. He is a student from a well-known family who aspires to live a life of honour and dignity.