Actor Shah Rukh Khan’s son, Aryan Khan was granted bail on Thursday and he has just come out of the Arthur Road jail. The family is there to pick him up from jail. 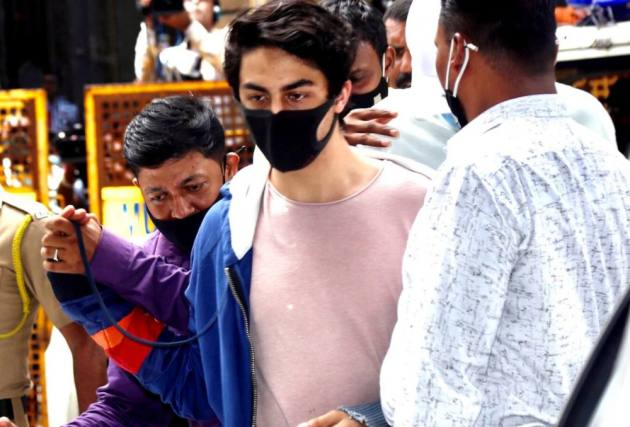 Aryan Khan, superstar Shah Rukh Khan's son, has been released from the Arthur Road jail after nearly four weeks. The 23-year-old was granted bail in the drugs-on-cruise case by the Bombay High Court on Thursday, but he spent another night in jail after his bail papers missed the 5:30 p.m. deadline on Friday, despite an anxious countdown that went down to seconds.

Shah Rukh Khan and his wife Gauri Khan left their Bandra house, Mannat, early this morning to be on their way to the Arthur Road Jail.

The family was present to receive Aryan Khan outside the prison.

Earlier this morning, jail authorities were observed unlocking the ‘bail box’, initiating the procedure for the release of the celebrity son.

Former Attorney General of India Mukul Rohatgi fought for Aryan Khan's bail in the Bombay High Court for three days. Juhi Chawla, Shah Rukh Khan's co-star from his early career, signed the Rs 1 lakh bail bond for Aryan Khan. This step was required in order for the Mumbai Sessions Court to sign the release papers, which were to be forwarded immediately to the jail.

After the bail was granted, pictures of senior advocate Amit Desai, advocate Satish Maneshinde and the legal team of Aryan Khan were seen posing with Shah Rukh Khan. Satish Maneshinde in a statement to the media after the bail grant had said on behalf of his team, "Aryan Shah Rukh Khan has ultimately been released on bail by the HC. No possession, no evidence, no consumption, no conspiracy, right from the first moment when he was detained on 2nd Oct 2021… Nor is there anything as of now. We are grateful to Almighty that our prayers were accepted by Mr Justice Nitin Sambre and granted bail to Aryan. Satya Meva Jayate."

Ever since Aryan Khan was taken into custody, many celebs have come forward and have shown their support towards him. Actor Hrithik Roshan, who is really close to the Khans, had taken on social media quite a number of times to talk about Aryan Khan.

For the unversed, Aryan Khan has been imprisoned for almost a month following his detention on October 2 and subsequent arrest on October 3 during a Narcotics Control Bureau (NCB) raid on a cruise ship party.