‘As Women We Fight It All The Time’: Supriya Pathak On Gender Disparity In Film Industry

In an exclusive interview with Outlook, actress Supriya Pathak talks about several things including her role in upcoming series ‘Tabbar’, her ability to play a wide variety of characters and also discusses the issue about gender disparity in the industry. 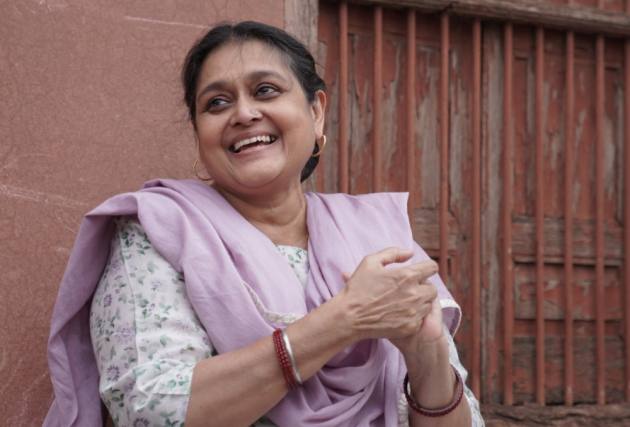 Actress Supriya Pathak has been acting across different mediums for more than three decades now. From playing the role of the popular comic character of Hansa in the long running TV series ‘Khichdi’, to playing the role of crime-lord Rani Mai in ‘Cartel’, she is one of the few actresses who has enjoyed playing a variety of characters.

“The roles offered to me have been varied. I have always enjoyed playing different kinds of people. I get excited about it. Be it any medium, I need to prepare for a character in the same way. The only thing that probably changes, is that in cinematic format your character might get 20 or 30 minutes to project in a two-hour-long movie,” she says.

The 60-year-old will be soon seen in the family-thriller series ‘Tabbar’ on SonyLiv. There were plenty of reasons why, she agreed to be on the show, which also stars Pavan Malhotra and Ranvir Shorey, but the script and her character are the two primary reasons why she agreed to be a part of the series.

“It had a great plot and a very well-defined story. The plot opened beautifully. The script was something I liked, because it was very well written,” she says.

Having portrayed many iconic characters in her career, Pathak’s secret is to “become the character” rather than trying to “relate to” it.

“I try and put in a lot of work on the kind of backstories. I think about things like what the character like the people associated to that character. You build it up from your mind. You read the script. And you imbibe all this,” she says.

“It is not important to relate to that person, but so very important do me to work towards understanding that person. Like in ‘Tabbar’, I don’t have to relate to a Sargun, but I have to become Sargun,” Pathak adds.

She is acutely aware about the gender disparity in the industry, and while she acknowledges that there’s plenty of work to be done in that direction, she feels she never encountered the stereotype related to shelf-life of an actress.

“I don’t think we actors have a shelf life. If I can entertain my audiences and appreciate the stories that I am telling, then I can continue to work. There have been so many examples like that. My mother was 80, and was working till three months before her death. Zohra Sehgal has acted in so many films as well,” she says.

“As per the gender difference we don’t need to be judged, I know, but then it happens world over. As women we fight it all the time. It’s an ongoing fight. Once in a while, we have to bow down [as well]. It’s a process. But it’s not going to change so fast,” she signs off.