According to reports, Ayushmann Khurrana and Aparshakti Khurrana have bought properties in the same housing complex. 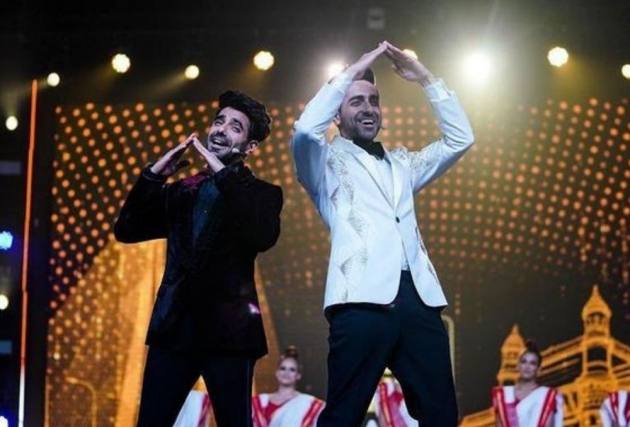 Bollywood actors and brothers, Ayushmann Khurrana and Aparahakti Khurrana are said to have purchased flats in Mumbai for around Rs 19 crore and Rs 7 crore,in the same housing complex.

According to Money Control, Ayushmann Khurrana paid Rs19.30 crore to Windsor Realty Pvt Ltd for the custody of two flats on the 20th floor of Windsor Grande Residences in Lokhandwala Complex, Andheri West. The actor paid a stamp duty of Rs 96.50 lakh for the units, which were registered on November 29 of last year. The apartment is 4,027 square feet in size and comes with four parking spaces.

Aparshakti Khurrana, on the other hand, paid Rs7.25 crore for a 1,745 sq ft unit in the same complex. The unit, which was registered on December 7 and comes with two car parking spaces, cost Aparshakti Rs 36.25 lakh in stamp duty.

In the year 2020, the duo acquired a property in Panchkula for their Chandigarh-based family for a price of Rs 9 crore.

As reported by Koimoi, the actor said, “We wanted to talk about the need for gender inclusivity and for that to happen, it was important that a critical number of people saw and engaged with the film.”

“From the get go, we wanted to make a film that touches as many people as possible. It is really heartwarming to see that ‘Chandigarh Kare Aashiqui’ became the number one streamed content within 24 hours of its drop.”

The film also stars actress Vaani Kapoor and is directed by Abhishek Kapoor. The movie is about transgender inclusivity and has received positive response from the audience.

He will also be seen in his upcoming project ‘Doctor G’ where he is working opposite actress Rakul Preet. He also has films‘Anek’ and ‘Action Hero’ lined up.

As for Aparshakti Khurrana, he will be seen in the movie ‘Dhoka Round D Corner’. He will also be seen in spy thriller ‘Berlin’. The film was recently announced by Zee studios.