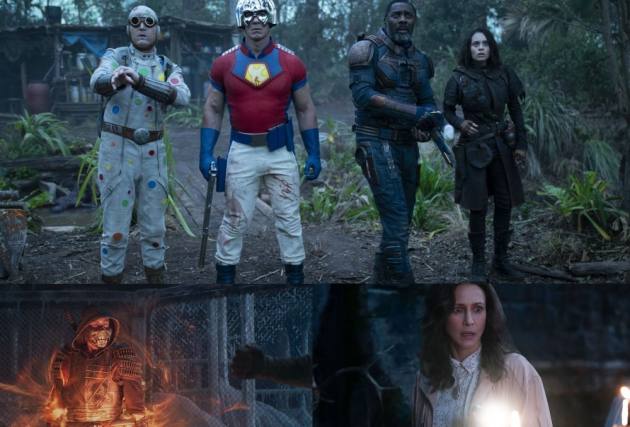 Three back-to-back Hollywood movies will be releasing in Indian theatres, in select cities, from July 30 onwards, as the state governments slowly allow for cinema halls to reopen.

Action movie ‘Mortal Kombat’, which had earlier released in April this year in select cities, will become the first movie to hit the theatres in India after the lockdowns imposed this year, and will re-release in select theatres on July 30.

James Gunn-directed ‘The Suicide Squad’, which is a sequel to 'Suicide Squad', will release in cinemas on August 5, followed by the horror movie ‘The Conjuring: The Devil Made Me Do It’, which will be out in the theatres on August 13.

After a decline in COVID-19 cases in some parts of the country, states such as Madhya Pradesh, Rajasthan, Punjab, Haryana, Gujarat, Andhra Pradesh and Telangana have permitted the resumption of operations in cinema halls.

Theatres in Delhi also opened on Monday at 50 per cent occupancy.

“Many states have given permission for cinemas to re-open and the release of these movies in three consecutive weeks in multi-languages and multi-formats would surely give a boost to the industry by inducing movie goers back to the big screen to enjoy these amazing films,” Kamal Gianchandani, CEO of the theatre chain PVR Pictures, said in a statement.

These three Hollywood movies are the first few movies to see a  release in India after theatres and movie halls were shut down as part of the lockdowns which were imposed across the country following a second deadly wave of Covid-19.

“For the cinema exhibition industry, which has been facing severe headwinds for the last five quarters, there cannot be anything more important than brand new and fresh content, which is also extremely high on entertainment quotient. With [these] releases the industry would get a perfect launching pad, which would prove decisive for making a remarkable comeback " Rajender Singh Jyala, the Chief Programming Officer of the multiplex chain, INOX Leisure Ltd.

Saftety remains a big concern amidst the ongoing coronavirus pandemic. However, owners insist necessary changes have been already made and they are following the guidelines issued by the government.