Hailed to be one of the most popular serial franchises by Ekta Kapoor, Sony TV's 'Bade Achhe Lagte Hai 2' is now suspected to be going off-air. 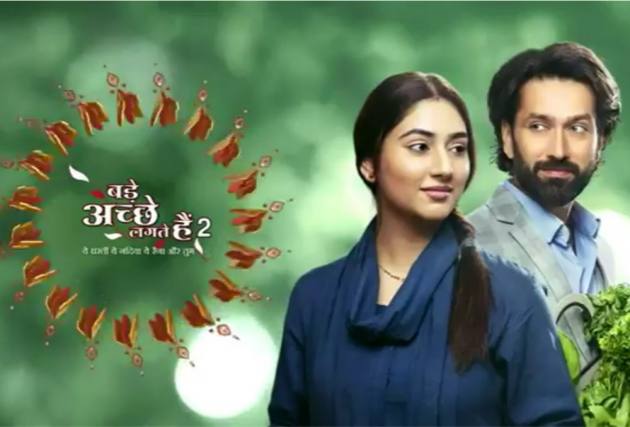 The popular show 'Bade Achhe Lagte Hain'  hailing with record breaking  TRP's  clearly couldn't have an end it to it all. Recently, in the month of August, the franchise launched it's new season 'Bade Achhe Lagte Hai 2' ('BALH 2') which then caused the whole hindi television industry by a storm.

Produced by Ekta Kapoor, the show, 'BALH 2' has now  attached itself to some serious speculations of going off air.

While some shows are showing the TRP magic and rule it's reign over television screens, 'BALH 2' is planning to bid farewell to the same. According to TellyChakkar, the show is planning to go off air.

With just 62 episodes and having started its on air presence from August 30th this year, 'BALH 2' marks its speculation to have a fleeting age.

However, there is no official confirmation on the same. The show features a stellar cast which consists of 'Ishqbaaaz' fame TV actor Nakuul Mehta and Disha Parmar. The duo were also seen in the show 'Pyaar Ka Dard Hai Meetha Meetha Pyaara Pyaara'  where Disha made her small screen debut and received a lot of popularity based on her character performance in the show.

The previous  season of 'BALH' did wonders in the small screen and recorded a mark of 644 episodes in its streaming phase. The show ran successfully for three years. The show, 'BALH' featured the ever dynamic Ram Kapoor as Ram Kapoor and the par excellence actress Sakshi Tanwar as Priya Sharma.

To know more about the show and it's progression , stay tuned.