After Nakuul Mehta, Disha Parmar reveals if the romantic drama 'Bade Achhe Lagte Hain 2' is going off-air in December as per the rumours. 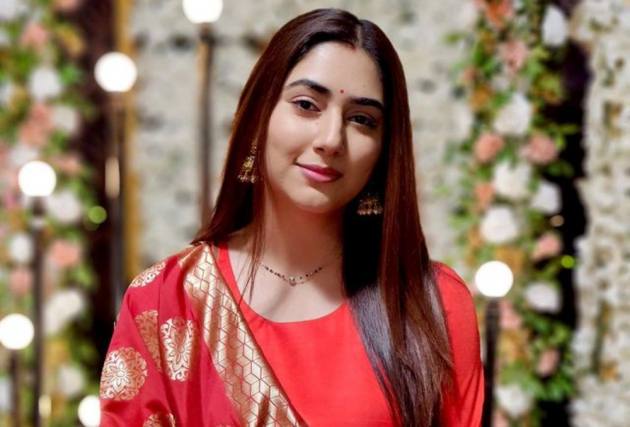 The love story of Ram (Nakuul Mehta) and Priya (Disha Parmar) in 'Bade Achhe Lagte Hain 2' is well received, but the TRPs are not. There have been reports that the channelling will take the show down in December. In a statement, Nakuul Mehta denied the rumours, and now Disha Parmar has denied them as well.

Disha Parmar, in an interview with The Times Of India, stated that this is incorrect. She asserted that the producers were working on some interesting twists and that viewers would be treated to more entertainment in the coming days. Parmar said that they were filming for it and that viewers could expect a lot more from it.

The lead performances of Nakuul Mehta and Disha Parmar have gained a lot of appreciation for the show. Their love story has started, and fans are hooked to their subtle chemistry. The actress previously said that she identified with the role of Priya because she believed that women were biologically programmed to multitask. They have a habit of overextending themselves to ensure that everything is in order at home and at work.

She said, "Moreover, the way we juggle between work life and home life by making it look so effortless, says a lot about how good we are at it." In the show, she is a working woman who supports her family.

Disha Parmar tied the knot with her boyfriend Rahul Vaidya in July 2021. The two are one of the most popular couples on television. She bagged the show shortly after marrying Rahul Vaidya. She took a few breaks in between. For his birthday, they travelled to the Maldives with close friends. Recently the duo travelled to Kashmir the gorgeous locales of Kashmir.

On the show, Parmar plays pragmatic Priya, whose background meddles with her romance with Ram, played by Nakuul Mehta.