Salman Khan announced his film, 'Bajrangi Bhaijaan’ sequel, on Sunday, December 19 at the RRR event in Mumbai. Director Kabir Khan reveals the sequel’s script is not written yet. 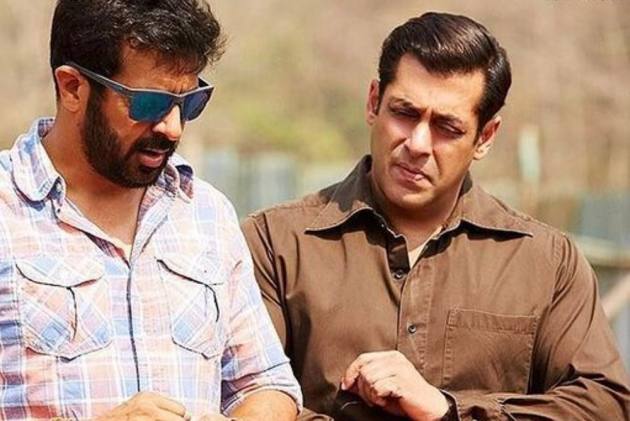 In the presence of SS Rajamouli, JR NTR, Ram Charan, Alia Bhatt, and Karan Johar, Salman Khan declared that a sequel is in the works at a 'RRR' event in Mumbai which was held on December 19.

While the news has sparked excitement among Salman Khan fans, Kabir Khan said in a recent interview that "literally nothing is ready yet" in terms of the sequel.

In a recent interview with India Today, Kabir Khan said, “That announcement is something that Salman did. Neither the script is written, nor has the idea been formed really. There is literally nothing right now we can talk about.”

Salman Khan, who attended a 'RRR' event in Mumbai as a guest, said that he has a good relationship with SS Rajamouli's father, KV Vijayendra Prasad, the screenwriter of 'Bajrangi Bhaijaan,' and that the two will collaborate on the sequel.

Earlier, in an interview with Pinkvilla, the writer KV Vijayendra Prasad had revealed that he was trying to crack a story for a sequel to ‘Bajrangi Bhaijaan’. “I am trying to crack Bajrangi Bhaijaan 2. Sometime back, I told Salman the idea and he is also excited. But I am looking for a proper vehicle to carry it forward. I hope it materialises,” Vijayendra Prasad had said. When asked if he had discussed the idea, he told us, “When I met him casually, I told him about Bajrangi Bhaijaan sequel. He is excited with the thought and said it’s a good idea.”

'Bajrani Bhaijaan,' which was released in 2015, is one of Bollywood's highest-grossing flicks. Apart from Salman Khan, this Kabir Khan directorial also featured Kareena Kapoor Khan, Nawazuddin Siddiqui, and Harshali Malhotra had pivotal parts in this Kabir Khan-directed film.