The talk show is Balakrishna's first as a talk show host, and it also marks the Tollywood star's digital debut. 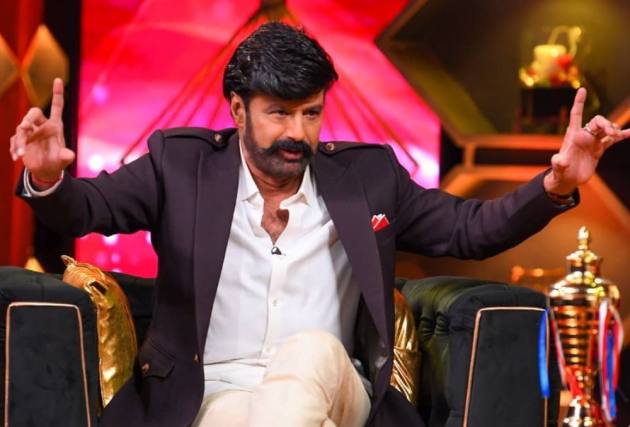 The talk show is Balakrishna's first as a talk show host, and it also marks the Tollywood star's digital debut. According to an official statement from Aha Video, Balakrishna's talk show 'Unstoppable With NBK' has received over 4 million video views.

According to reports, this is the highest tally for any talk show in the Telugu OTT space. Manchu Mohan Babu was the guest on the chat show's curtain-raising episode, and he was joined by Manchu Vishnu Vardhan Babu and Manchu Lakshmi Prasanna.

In the first episode, Balakrishna and Babu discussed a wide range of subjects, including the film industry, politics, their childhood, controversies, and many others. Babu and Balakrishna have a long history together, with the former having a close relationship with the latter's father.

Nani had appeared to chat with Balakrishna on the second episode. Both episodes struck a chord with the OTT audience.

The second episode saw the host and guest engage in talks over their common love for films and cricket. However, the episode was not confined to just conversation, as the two stars were also seen acting out dialogue from each other's films and playing a game.

Other celebrities who will make an appearance on 'Unstoppable with NBK' include Vijay Deverakonda, his nephew Jr NTR, Prabhas, and Rana Daggubati, to name a few.

Unstoppable with NBK is available to stream on aha.