“I have got the blessings from people, my fraternity, my fans, my lovers, my role-models, idols, all guardian angels who I have got and who work for me positively and I am banking them,” says Chakraborty. 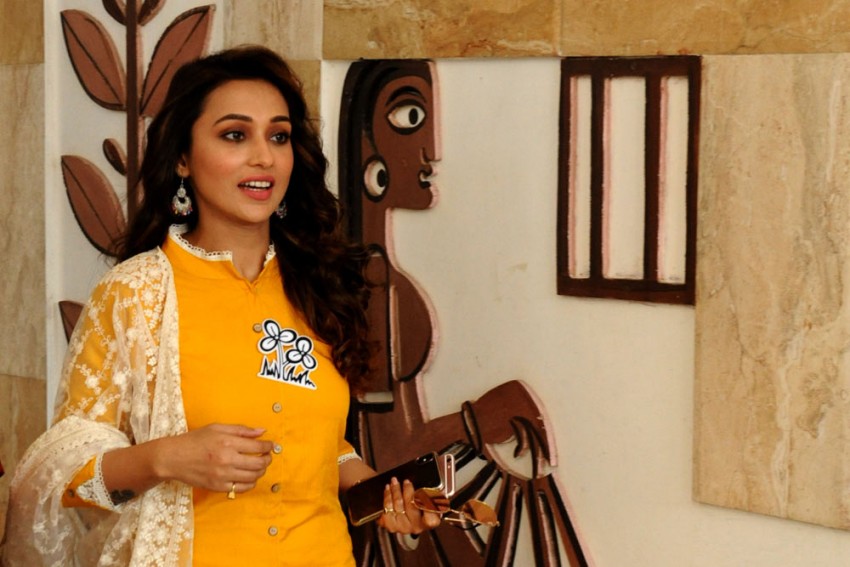 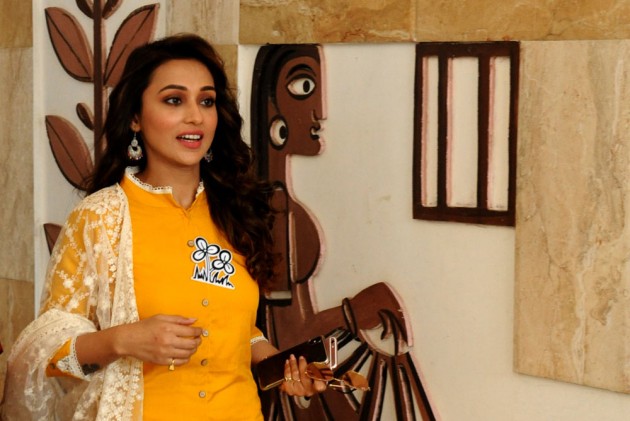 The late afternoon sun complements her canary-yellow kameez paired with a white chanderi dupatta, the tinsel town’s leading lady, is a perfect-picture of the seasoned politician, as she waves back in acknowledgment to the frenzied sea of party workers and readily obliges to requests for selfie demand and photo-ops.

Aware of having been given the surprise choice from the prestigious Jadavpur Lok Sabha constituency  in South from where Trinamool boss and Bengal chief minister Mamata Banerjee’s started her Goliath-slaying electoral career by felling Somnath Chatterjee in 1984—and replacing Harvard University professor and historian Sugato Bose, the Bengali actress, who is famed more for her oomph factor, tells Outlook:  “I am obliged and I am gratified and am full of gratitude that I have been given a prestigious constituency like this…

“This is really a very prestigious constituency…where the honourable chief minister has herself got elected from there. So yeah, the person who has given me this post (to me) knows everything in and out,” says the 30-year-old Tollywood star-turned-politician beaming confidence, who wrapped up her “professional” commitments with the shooting of the promotional of her latest movie “Mon Jane Na”.

Confident that her popularity as a cine star and her modeling career and television serials will help her to take her more formidable political heavyweights opponents, including the former Calcutta mayor and   the Left Front candidate Bikash Ranjan Bhattacharya and former Trinamool Congress  parliamentarian from Bolpur Anupam Hazra—who joined the BJP after being expelled from the Trinamool Congress and was forced to contest Jadavpur after Bolpur district BJP leadership refused to back him— “I have got the blessings from people, my fraternity, my fans, my lovers, my role-models, idols, all guardian angels who I have got and who work for me positively and I am banking them,” says Chakraborty brimming with confidence.

Brushing aside trolls and meme that questioned her being a glamourous heroine running for Parliament, the Jalpaiguri-born girl says during her campaigning women’s safety will be among her top focuses.

“I will definitely look after it and not only should this issue be the priority and I have planned a lot of things (on the women’s safety issue),” she tells Outlook.

“So I don’t think it will not become a difficulty because I know how to balance things.”