In an exclusive conversation with Outlook, the YouTuber gets candid about his journey, Internet trolling and backlash, doing comedy in today’s time and more. 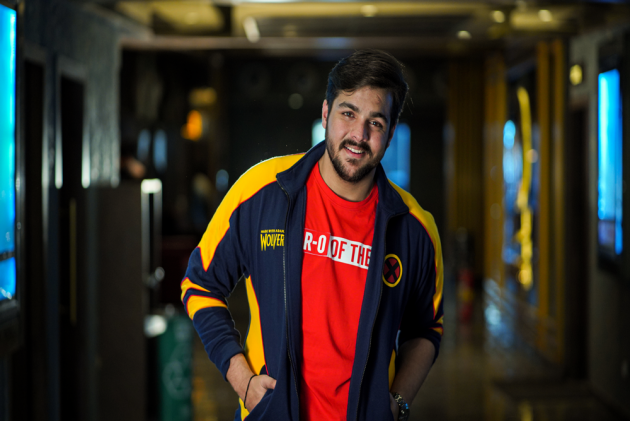 Popular Indian YouTuber Ashish Chanchlani, known for his videos and vines manages to tickle everyone's funny bone. He has established himself as one of the most popular social media personalities over the last few years.

In an exclusive conversation with Outlook, the YouTuber gets candid about his journey, Internet trolling and backlash, doing comedy in today’s time and more.

Meet Niharika NM, The Viral Content Creator Who Kept Us Entertained During Pandemic

I Decided To Create Chutki-Shopkeeper Videos To Come Out Of The Bad Phase: Comedian Gaurav Gera

How did you get into content creation? How did it all start?

I completed my graduation in engineering and I always wanted to become an actor then, but it was difficult to get a chance. I started making content online as I was inspired by Vines. I thought I should give it a try; within a very short period it went viral. I was bombarded with notifications and was surprised to see the number of followers on my account. I started making vine and short videos in 2014. I never thought that one day I would have 25 million subscribers on my channel.

Tell us something about your recent video. Also, your taxi video was a hit and was appreciated. Do you plan to make more such awareness videos?

My recent video that came up was 'Mummy Returns' – I wanted to highlight the versatility of women who play different roles in our lives. In the video, I was playing the role of a mother, a father, and a son. I have portrayed how mothers keep complaining about children for not keeping their rooms clean but continues to shower them with love. The hilarious conversation between Mother and her son will keep you laughing throughout. It has crossed 30 M views in a month and it's shocking for me. Talking about 'The Dealer', I was surprised by the audience's response, as the topic was about creating awareness on molestation and sexual harassment and it's a very crucial topic that we usually don't upload. I was playing the role of a cabbie passing lewd comments on the passenger, sitting behind. I have seen this happening in reality with my sisters, mother, and even my friends. I couldn't stop myself and I wanted to give it back to them through my video that if you mess with a girl, she can make your life worst. And, Barkha Singh did an amazing job and she was the star of the video. It is about to cross 100M views in a few days.

How has the landscape for content creators changed in recent times?

The landscape for content creators in recent times is going towards a shorter form of content. Mass consumption of short videos is leading to less concentration on longer videos. In my videos, I concentrate on every small thing so that it makes the audience stick around for the longer content and I also focus on short-form content as a filler between the bigger videos. That's my strategy, and it has worked out for me very well. Nowadays, Instagram Reels are making people discover even more talent out there.

You became very popular and successful at a very young age. When you experienced such fame, what was it like?

I did not expect that I would be this popular so early, it started four years back in the year 2018. My family went crazy because people use to bombard them with praises. My relatives, neighbours used to come to my parents and tell them that your son is doing very well, your son is very famous, my children watch your son’s videos. It was dream-like when we tell our friends,"Dekhna Ek din main bohot famous ho jaunga" and that happened to me. It was one crazy journey where I have learned a lot in six years and still learning and evolving.

Tell us about the good and the bad of the experience.

The good thing was while sitting at home I could reach out to the audience digitally on a larger scale. I always dreamt of being an actor, I felt the route was different but I was doing it and presenting it to the audience directly. I managed to make good money out of it and I am still experimenting. The bad side of this is people start judging you, people make judgments and define your personality based on your content. It's not easy, becoming popular is not just about uploading content that is appealing but also dealing with trolls, toxic people, controversies, unnecessary comments that try to pull you down, etc.

Yes, there is the pressure of creating content all the time. The audience who loves you expects something new and better than what you did last. Initially, this used to bother me whether this concept will work, not work but now I have stopped worrying about it and started listening to my heart. Best things just happen at the right place and at the right time.

How do you work on your content? Take us through your ideation process – from the first thought to publishing and marketing the video.

First of all, we decide a topic, which will attract the audience and which will be relatable as per what is happening currently. For Example: Lockdown happened so we made videos around that situation, we made videos around exams, reality shows, etc. We curate a theme, structure the scene and tweak it filling it with jokes. The only problem with relatable content is that every second person will try to create videos on that topic. So, we have to make sure that we are unique. Then comes scripting, dialogues, we lookout for locations, camera, light, sound, etc. It takes 3-4 days to list everything down, and I sit on every process personally. It's like growing your plant where you have to put your complete concentration. And after putting in your efforts for 20 whole days the final video is ready to be uploaded.

How do people make money on social media? What is the process?

The best way to make money on social media is through brands, brand integration, and lastly, I would suggest Google ads, YouTube ads. The reason I am putting this option, in the end, is because the CPM of India is very low. CPM is what decides rate per thousand views that you get on your videos, it is ten times lesser than what you get in America.

Which is the one video you enjoyed making the most? And, why?

The one video that I enjoyed making the most was 'Aakhri Safar', a short horror film. I was feeling like a small child in a cinema while making it. The whole experience was awesome like handling the camera, giving directions as if I was making a film. Apart from being an actor I also dreamt of being a director. I had put my heart and soul into this short film. And my fellow actors did an outstanding job and that was a cherry on the top.

What would you say is your USP?

One of my biggest USP has to be my spontaneity and improvisation skills. When we make a video, I have this sixth sense that tells me if the video will work or not. My other USP is that I bank on relatability and research on it very well to make the best out of it.

How do you suggest upcoming content creators stay monetarily afloat in the initial stages?

It would be tough for the content creators to stay monetarily afloat in the first initial years. They have to understand that they have to invest a lot of time in building their brand, to build that trust, they have to keep entertaining and one day when they finally accumulate that audience then they will be approached by brands. Their hard work for one or two years will be paid off. I think they have to manage a bit on their own in the first two years.

As an influence to millions, do you feel a sense of responsibility towards your followers?

Yes, as an influence on million people I do feel responsible but I feel that I don't have to talk about everything because, I am not some social activist or a journalist, I am just a content creator. I make sure that I want to convey some message, I convey it through my content.

Does instant fame come with drawbacks?

Yes, instant fame does come with a lot of drawbacks. I've seen a lot of people who get a lot of fame in a very short period and then they come down to where they began. It's because instant popularity is just a trend and when the trend changes people move on. It's okay to be popular as a trend but you fade out quickly and then you have to find another opportunity to create another trend. People get bored of a trend very quickly and they want something new every time. You can't control the minds of people.