Athiya Shetty Opens Up About Facing Bodyshaming For 'Being Skinny'

In a recent interview, Shetty said that she was a victim of childhood body shaming, but she is a lot more confident person today. 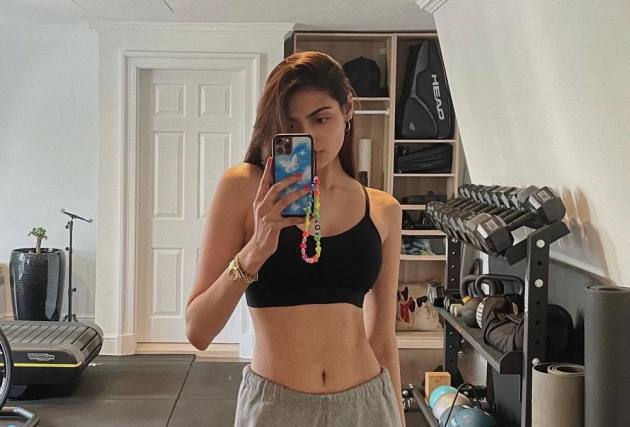 Bollywood actress Athiya Shetty opened up about she used to be very self-conscious of her body because she was teased for being skinny when she was a teenager. In a recent interview, Shetty said films, magazines, and social media have all contributed to the idea of body shaming.

The 29-year-old actress revealed that when she was younger, she was subjected to body shaming. According to her, people need to understand that body shaming is not only related to being overweight, but also with being skinny.

“I have always believed that commenting on someone's weight, appearance, anything that can make them less confident is something I don't believe in. You do not know what battle people are facing and you do not know what their insecurities are”, she added.

Times are changing, slowly, as according to the actress, she is now noticing a difference on social media, which has helped men and women understand that being real is also beautiful.

Finally, she stated that being real also means having and embracing  flaws. Being imperfect is perfect in and of itself. She said that it is important to educate society on the fact that not everyone will look the same.

"I used to be very, very conscious of my body and I still am, but I am a lot better because I am a lot more confident about myself and who I am as a person today”, she said.

Shetty made her acting debut in the romantic action flick ‘Hero’, directed by Nikhil Advani, in 2015. Salman Khan produced the film, which also featured Sooraj Pancholi in the lead role. Her last movie was opposite Nawazuddin Siddiqui in ‘Motichoor Chaknachoor’ in 2019.