Best Way To Stop People From Watching Something Is To Ban It: Hasan Minhaj On 'Patriot Act'

Stand-up comedian Hasan Minhaj on Wednesday responded to Netflix's decision of dropping an episode from his special "Patriot Act" in Saudi Arabia, saying the move has piqued the interest of the viewer. 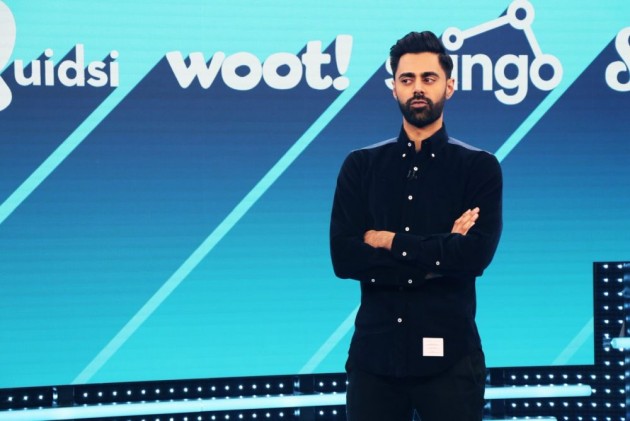 In his inimitable style, popular stand-up comedian Hasan Minhaj on Wednesday responded to Netflix's decision of dropping an episode from his special "Patriot Act" in Saudi Arabia, saying the move has piqued the interest of the viewer.

Minhaj, an American-born Muslim, named the Crown Prince in Khashoggi's killing and was also critical of the Saudi-led military campaign in Yemen.

The comic took to Twitter and commented on Netflix complying with the country's demands.

"Clearly, the best way to stop people from watching something is to ban it, make it trend online, and then leave it up on YouTube," he wrote.

Clearly, the best way to stop people from watching something is to ban it, make it trend online, and then leave it up on YouTube.

Minhaj, 33, also urged his followers to donate to Yemen, where air strikes by the Saudi-led coalition have come under intense scrutiny since Khashoggi was slain, through the International Rescue Committee.

"Let's not forget that the world's largest humanitarian crisis is happening in Yemen right now. Please donate," he wrote sharing the link.

Netflix confirmed on Tuesday that it removed an episode of the satirical comedy show that criticises Saudi Arabia after officials in the kingdom reportedly complained.

"We strongly support artistic freedom worldwide and removed this episode only in Saudi Arabia after we had received a valid legal request -- and to comply with local law," a Netflix spokeswoman said in a statement.

The said episode can still be seen in other parts of the world -- and in Saudi Arabia on YouTube.

Khashoggi, a Washington Post columnist, disappeared after he entered the Saudi consulate in Turkey on October 2, 2018, to collect a document for his upcoming marriage to a Turkish woman.

The Saudi government initially said he left the consulate through the back door.

Following a global outrage, Riyadh later acknowledged that Khashoggi was killed in a fistfight inside the consulate after an interrogation went wrong.