Bhagyashree: Web Series Have Made It Possible For Directors To Experiment With Different Subject

The actress is quite thrilled about the way digital space has boomed and wants to be part of interesting stories on OTT platforms. 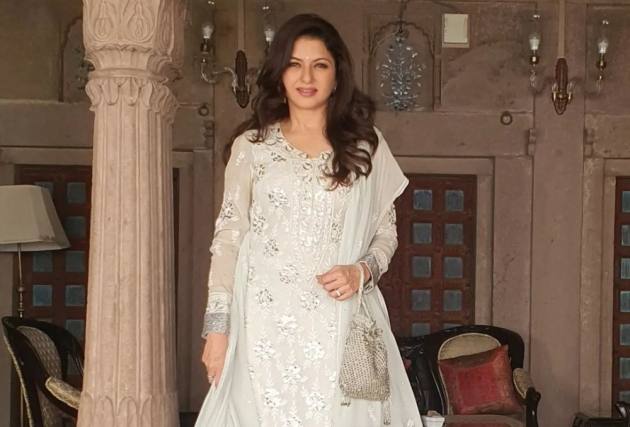 Actress Bhagyashree will soon be seen in multilingual film 'Radhe Shyam', co-starring Telugu actors Prabhas and Pooja Hegde. While the actress is excited about her upcoming films, the digital space has caught her attention too.

Last seen in multilingual film 'Thalaivii', Bhagyashree, in an interview with Outlook shares her thoughts on how digital platforms have helped not just Hindi but southern cinema as well.

"The scripting of Telugu films, Malayalam films, to some extent even some Tamil films also, have very original and different kinds of subjects which have been there through the years. Today, we are getting a taste of them and I think web series have made it possible for many of these different subjects to be experienced for directors and actors to experiment with, which otherwise won't be used in regular films," Bhagyashree tells us.

She adds, "With web series and pandemic, I think even the audience has also grown to be acceptable to different kinds of subjects. It's not just cliched and larger than life stories. I am so happy that talent, especially for the scriptwriters from the southern part of India have suddenly come to the fore and are being recognised that these things can be pan-India.  So, that is great and I would say that I am really hoping and waiting for a nice web series to come and that is something I am really looking forward to because it is for a new age world. Web series have got a very different subject completely and I am very excited to see something unusual come my way."

Bhagyashree's son, Abhimanyu was recently seen in his second film 'Meenakshi Sundereshwar', which marked his first role in a romantic story. With Bhagyashree still known for her iconic 1989 love story, 'Maine Pyar Kia', is her son also following in her footsteps with the genre of romance?

"I don't think it's about doing an epic love story, it's about his work to be recognised and appreciated. I think that's true for any actor, who is sincere to his craft. For Abhimanyu it's not about fame and money, it's about his craft getting appreciated and its seen through his choice of films," she says.