The idea behind the story of the film may have been to dissect and connect the Good Vs the Bad dichotomy, but the plot is too thin to evoke any interest. 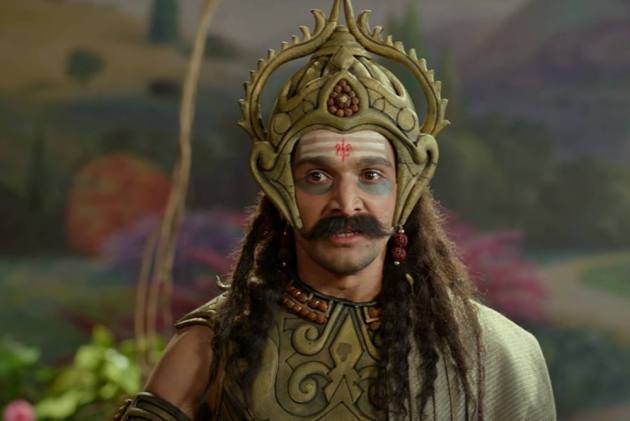 The only reason I decided to watch this week’s release, 'Bhavai' was Pratik Gandhi. A fine performer who proved his mettle in the series ‘Scam 92’, and overnight became extremely loved actor by his fans and critics alike. Expectations from such an actor are quite obviously high. Not that he disappoints here: it’s the film ‘Bhavai’ earlier titled ‘Ravan Leela’, directed by Hardik Gajjar that tests one’s patience, and gives some good actors like Abhimanyu Singh, Rajendra Gupta, Ankur Vikal, Rajesh Sharma, and of course, Gandhi a raw deal. Set against the backdrop of ‘Bhavai’, a popular folk theatre form from Gujarat, Gandhi plays Rajaram Joshi, a stage artist who essays the role of Raavan in a Ram Leela presentation, the traditional performance of the Ramayana.

One has heard of different versions of the Ramayana some of which even portray the much hated Ravan (an erudite and a principled man!) as the quintessential man of character whose virtues outdo Maryada Purshottam Lord Rama’s so-called valorous, virtuous and righteous temperament. And  ‘Bhavai’ does try to give us an insight into the modern take on the much maligned anti-hero but backtracks, may be, fearing a backlash from the countless believers of our nation.

Earlier, the film ran into trouble with the censor board which had serious issues with a scene showing Gandhi’s character questioning the actor playing Ram on the treatment meted out to Raavan’s sister Surpanakha. The filmmakers not only removed the dialogue but also changed the title of the film.

On the surface, the film attempts at telling a story about an ordinary Gujarati boy who dreams of becoming an actor someday. But beneath the apparent exterior the 2 hour long script plays out a narrative that aims to highlight the role that religion and culture and how it impacts society.

When a theatre company that performs Ram Leela comes to Khaakhar village, the entire village gets excited, but it’s Raja Ram (Pratik Gandhi) who is most thrilled. He nurses a deep desire to be an actor, and begins to dream of finding himself the right vehicle to showcase his hidden talent. Since there are no theatres in the village the sudden appearance of the drama company for a monthlong performances in their hometown, seems the most apt choice for someone like him to start a career in acting.

The rest of the film scripts and connotes a "playful drama about Rama," where it is both entertainment for the audience combined with a "deeply serious religious act" that has spiritual significance to both the actors and the audience. How Raja Ram realises his dream as the drama unfolds on stage has a direct bearing on the innocent villagers who while watching the oft-repeated scenes before them that they even shed copious tears and even badmouth the villains. After imploring the owners and begging them to perform a role, Raja gets lucky as he finds himself as a replacement for Raavan for a day.

Essentially a story to present the enthusiastic Raja Ram and its impact on the society, it reaches a point when people cannot think and differentiate the gap between a real and the make-believe world due to their blind faith that often allows several mental blocks. It is their fake religious beliefs that also affect their minds and makes them divorced from the real existing world around them.

Raja Ram falls for the actor Rani (Aindrita Ray) who plays Seeta and also reciprocates his feelings. Although they play characters on stage that are sworn enemies, their off-stage romance becomes the talk of the entire company’s crew with the company owner Bhawar (Singh), who plays Raavan and fancies himself as the most eligible suitor to win Rani’s hand.

A larger question that the film raises is: Will the two be able to survive these obstacles or become a victim and succumb to the blind beliefs of society? As also, who are the real villains living in our midst in our society?

There is nothing as a new perspective that this film would offer.  The film could have been far more engaging with the lead character having a streak of a rebellious spirit who defies all custom-made and age-old traditions to emerge as a modern day saviour.

The idea behind the story of the film may have been to dissect and connect the Good Vs the Bad dichotomy, but the plot is too thin to evoke any interest. A competent writer and director could have worked wonders with such a storyline. Some of the dialogues sound so jaded and completely out of sync with present times that one wonders which era is the story set in.

Among the actors, it’s Gandhi who rises above the weak screenplay and does his best to keep his fans engaged. But he alone cannot salvage the poor outdated treatment of developments that stir up a Big Yawn only from the viewers!