Like the word 'Bhramam' in Malayalam that translates into ‘delusion’, the film too, remains a misbelief and never really takes off on its own! 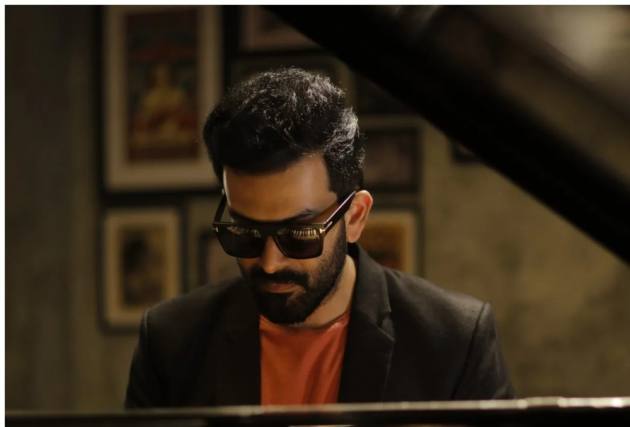 'Andhadhun' is one film that stood out not just for its handling of an unconventional thriller, but also because of bravura performance by one the finest actresses of our time – Tabu, who played wickedness so sexily that the entire nation fell for her disarming charm. Because of its huge success, therefore, it becomes challenging to reprise such a role. Remakes, in any case, have seldom worked in the past unless filmmakers added a completely new perspective to content that has already been dissected theardbare in its original.

My interest in watching 'Bhramam' grew for two reasons: the original story writer Sriram Raghavan ('Ek Haseena Thi', 'Johny Gaddar', 'Badlapur', 'Andhadhun') and the original Hindi version, which this one is a remake of. Both names - the director’s and the fast paced original thriller’s – command enough respect from critics and masses alike, and have garnered praise quite deservedly. Is the Malyalam version then structured in a way that it would make me do a doubletake? I asked myself. Or, is it that some novel and innovative action and subplots have been merged to allow me an edge-of-the-seat experience in a different way?

And so, when another ace cinematographer turned director Ravi K Chandran decided to, perhaps, add more value to the Tabu Akash Khurrana thriller 'Andhadhun', we were all quite naturally excited to know what further twists, thrills and mystery could have been inserted to enhance our viewing delight.

So, the question that would be on everyone’s minds must be dealt with right at the outset. Does the Prithviraj Sukumaran, Unni Mukundan, Mamta Mohandas and Raashi Khanna starrer worth your time on the streaming platform? No, it isn’t!

What upsets and derails your ride into this 152-minute-long narrative is the monotonous sameness of scenes, some of which seem to have been lifted straight from the original without so much as adding a newer view in the form of some humour, a smart one-liner, save a couple of times when Mamta Mohandas delivers witty punches in lines to justify her stand.

The storyline, plot and characters remain the same. Ray (Prithiviraj) is an ace pianist who, one gets to know early on, is a pretentious blind man. At one of his live shows, a fan moment for a chirpy girl Anna (Raashi Khanna) turns into more than admiration for him, who begins to reciprocate her feelings for him. But Ray is not an unrealistic impractical talent; he has dreams of making it big one day on the international arena, and is also working towards realising his wish. When a has-been faded actor Shankar (Udayakumar) goes to the restaurant where Ray performs, so enchanted he becomes by him that the yesteryear celebrity decides to invite him over to his apartment the next day to present him as a surprise for his wife on their wedding anniversary. Little does Ray know what’s in store for him when he gets accidentally thrown into a situation at their place ad gets embroiled in the filmstar’s homicide that results in turning his life upside down.

Viewing a film isn’t just watching a story unfold on celluloid; it’s also an experience that one wants to enjoy thoroughly whatsoever genre the viewer may have a passion for. And it’s storytelling that absorbs his mind. The so-called engagement for the cinegoer may be intellectual, academic, a habit, or any other. What’s important is the gratification of his motive.  This film does neither.

To be fair to the cast, the four principal lead players, Prithviraj Sukumaran as Ray Mathews; Unni Mukundan as CI Dinesh Prabhakar, Simi's lover; Mamta Mohandas as Simi, Uday's wife; and Raashi Khanna as Anna, Ray's girlfriend, try hard to infuse their roles with a flavour that’s entirely their own. Prithvi and Mamta had a tough act to follow since both Ayushman and Tabu simply broke away from their screen images and had so much fun portraying their offbeat parts. Prithvi looks suave and handsome adding a tinge of extra selfishness to Ray while Mamta too does not ape the diva in the original.

With the audience being may be aware of the direction in which the film is headed, why couldn’t writer Sarath Balan have complemented or supplemented a few scenes with some freshness? I do understand that a huge country like India is not a monolith, and that every film buff may not have seen the original in Hindi. But my grouse is: even in a reconstruct, a few elements could have been interpolated for our increased pleasure.

Like the word 'Bhramam' in Malayalam that translates into ‘delusion’, the film too, remains a misbelief and never really takes off on its own!