Amitabh Bachchan also revealed that he will soon begin shooting for filmmaker Vikas Bahl's next. 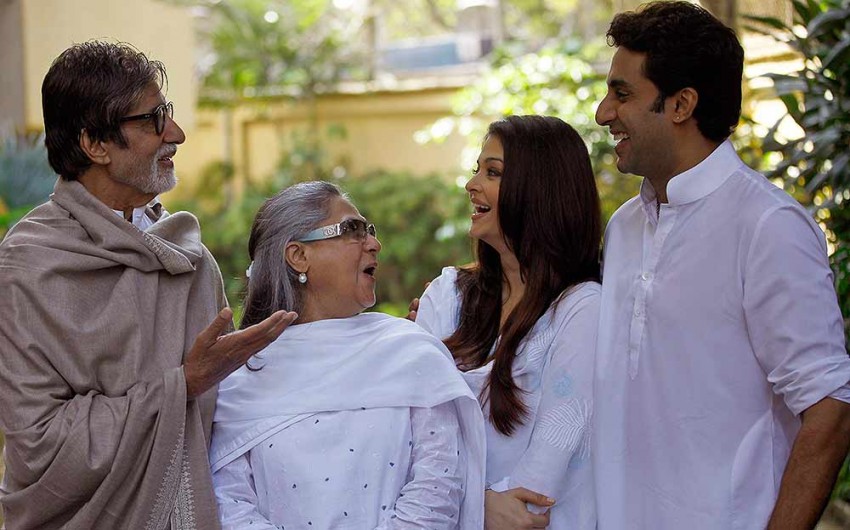 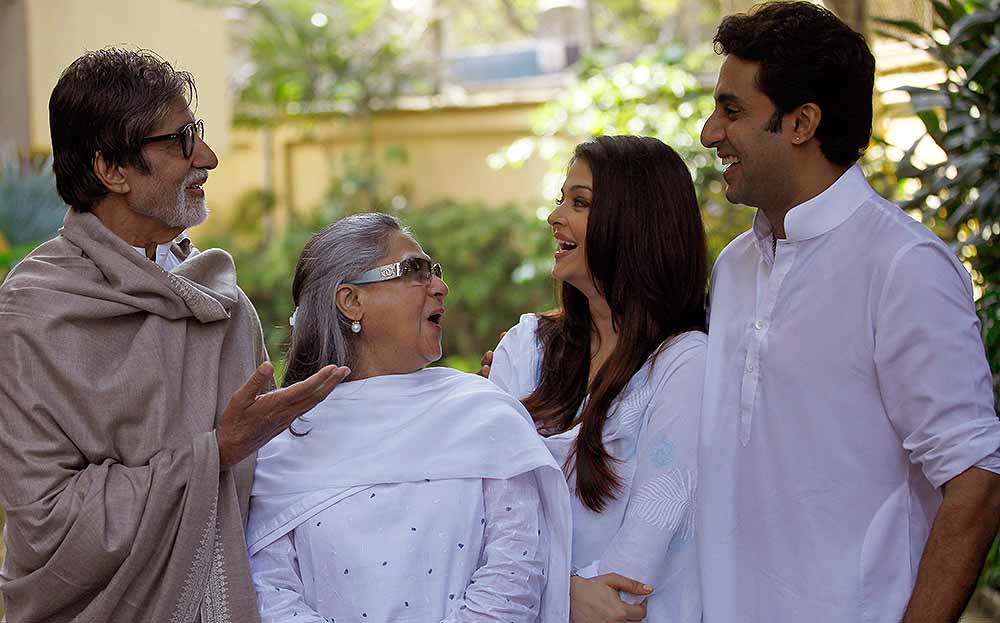 The Bachchans are all set for the year 2021. It's a busy year for the Bachchans as the famous film family is spending most of their time working on movie sets across the country.

Megastar Amitabh Bachchan took to his blog to share the details about the projects his kin -- wife Jaya Bachchan, son Abhishek Bachchan and daughter-in-law Aishwarya Rai Bachchan -- is currently working on.

Amitabh Bachchan also revealed that he will soon begin shooting for filmmaker Vikas Bahl's next, while Jaya Bachchan has already started work on her upcoming screen work with a revered Marathi filmmaker.

While Abhishek Bachchan, 45, has begun shooting for his next "Dasvi" in Agra, Aishwarya Rai Bachchan, 47, has teamed up with filmmaker Mani Ratnam for her upcoming project in Hyderabad.

"Abhishek, his new project started yesterday in Agra, 'Dasvi'. Prayers and wishes be with him... And the family is busy on the sets. Aishwarya has begun shooting her new one with Mani Ratnam in Hyderabad. I shall be starting my next in a few weeks with Vikas Bahl.

"My earlier finished projects now set for release soon - 'Chehre' and 'Jhund'. And after a very long gap, Jaya has begun shooting her film, a new project with a renowned Marathi director... details of which shall follow," the actor wrote.

Amitabh Bachchan also lauded Abhishek Bachchan's script choices and noted how the actor had a fruitful 2020, with projects like Anurag Basu's "Ludo" and the Amazon Prime Video series "Breathe: Into the Shadows", which marked his digital debut.

Abhishek Bachchan is also set to star in the upcoming season of "Breathe", the "Gulabo Sitabo" star revealed.

Apart from this, Abhishek Bachchan will be seen in "The Big Bull" and Sujoy Ghosh-backed thriller "Bob Biswas".

"The last year has been filled with his creative efforts. The web series, 'Breathe', which was such a dynamic character - the next season with him to be started soon.

"The film 'Ludo', which became No. 1 on Netflix web map. The one completed recently in January 2021 in Kolkata, 'Bob Biswas' under Sujoy Ghosh and soon to be released. And now this ('Dasvi') which shall be over in a couple of months," he added.

Amitabh Bachchan's sports-drama "Jhund", directed by Nagraj Popatrao Manjule, will debut in theatres on June 18. His other release for the year, "Chehre", will open theatrically on April 30.