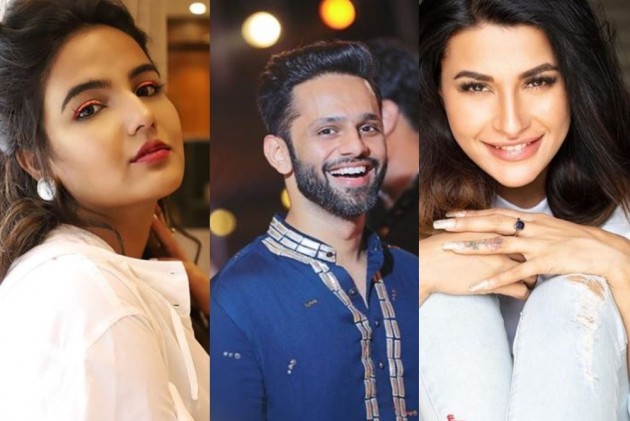 Salman Khan is back with the fourteenth season of the controversial reality show Bigg Boss. On Saturday, the host introduced the audience to 11 celebrities as contestants. This season will also see three former champions – Hina Khan, Gauahar Khan, and Sidharth Shukla as special guests. They will stay in the house for 14-days and have special powers in the game that would seal the fate of the contestants.

However, given the pandemic situation, the celebrities were under quarantine before they entered the show. This season has a lot of twists – a shopping mall, theatre, restaurant, and spa.

Like all other seasons, Bigg Boss 14 is also highly dominated by television faces. Let’s take a look:

Rubina Dilak is one of the most famous celebrities from the television industry. The ‘Chotti Bahu’ actor has so far steered away from reality shows, and so it would be exciting for fans to see how she fares on the show. She entered the show with her husband Abhinav Shukla, a television actor who was last seen in ‘Silsila Badalte Rishton Ka’.

After facing her fears in two seasons of ‘Khatron Ke Khiladi’, television actor Jasmin Bhasin is all set for bigger challenges in the Bigg Boss house. She had recently starred in ‘Naagin 4’ and also, comedy show ‘Funhit Mein Jaari’.

A self-proclaimed loner, Eijaz Khan is also one of the contestants who entered the Bigg Boss 14 house. He is a trained dancer, has been part of shows like ‘Jaana Na Dil Se Door’, ‘Laut Aao Trisha’, ‘Kavyanjali’, ‘Balika Vadhu’, and more recently ‘Bepanah Pyaar’. That’s not all, he has also done noteworthy characters in ‘Tanu Weds Manu’, ‘Tanu Weds Manu Returns’, among others.

This is not her first reality show, the actor was also seen in Splitsvilla. The actor has also dated last season’s finalist Paras Chabra. Pavitra is known for her bold and no-filter personality.

Indian Idol Season 1 fame Rahul Vaidya will also be seen in Bigg Boss 14. He has been busy performing live gigs and creating independent music all these years.

Other contestants who will be seen in the house are Nishant Singh Malkani, Jaan Kumar Sanu, Sara Gurpal, Nikki Tamboli, and Shehzad Deol

Who is your favourite?