In a recent episode of 'Bigg Boss 15,' Karan Kundrra inquired Tejasswi Prakash for having a 'soft corner' for Vishal Kotian. Prakash then told him that she is friends with Kotian from the very first day. 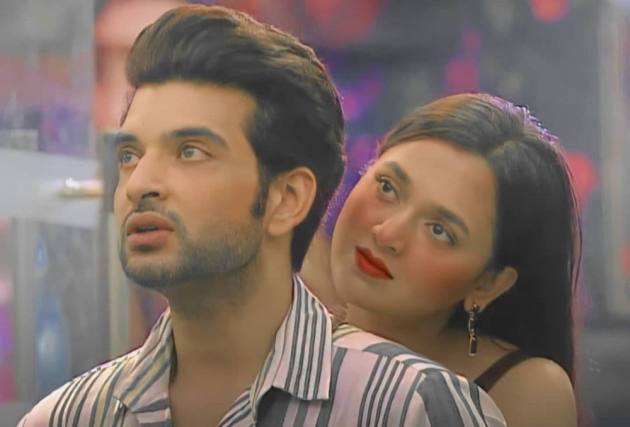 'Bigg Boss 15' contestants Karan Kundrra and Tejasswi Prakash have been in the news for their developing bond on the show. In a recent episode, Kundrra was seen asking Prakash for her friendship with another housemate, Vishal Kotian. 'Bigg Boss' fans have pointed out that Kundrra's possessive behaviour reminded them of ‘Kabir Singh.'

'Kabir Singh' was the titular part portrayed by Shahid Kapoor in the 2019 movie by the same name. The character was presented to be a possessive lover.

In the episode, Kundrra inquired Prakash for having a 'soft corner' for Kotian. Prakash then told him that she is friends with Kotian from the very first day. Kundrra then says, “Tere ko usmein aisa kya dikha hai? Jab tujhe maloom hai jo sabke baare mein bakwas karta hai (What do you see in him? You know he back talks rubbish about everyone.)” Prakash then obstructs him and says, “Mein logon ki kahi suni baaton pe react karne walon mein se nahi hun. (I don't react to what other people are saying.)”

Tejasswi Prakash then adds, “Tujhe mein sahi lagun ya na lagun, mujhe pata hai ki mein sahi hun. Ultimately yeh tere uper hai. Tujhe jo sochna hai tu woh soch or tujhe jo karna hai woh tu kar. (I don't care if you think I am wrong, I know I am not. Ultimately, it's on you if you think I am wrong, you can think and do whatever you feel like.)” She also says that she can never think of something like that for her partner and that she is baffled by Kundrra's behaviour. Kundrra then says, “If you will react like this then I will go away," Prakash responds, "I will also go away then.”

Calling Kundrra ‘Kabir Singh’, one person wrote, “Karan's possessiveness is really creepy man. Sasta Kabir Singh vibes #TejasswiIsTheBoss #TejasswiPrakash #BiggBoss15." While another one said, “Press wale called Teja dominating, for advising Karan but Karan is being praised as ‘Kabir Singh’ for his possessiveness. I mean I like Karan but if this is his attitude towards a relationship, then the line dividing healthy and toxic is thinning. #TejasswiPrakash #TejRan."

One fan pointed out another talk of Prakash and Kundrra and said, “'Karan - Don't talk to me. What are you trying to prove that I'm insecure of Vishal? I'm possessive not insecure.' He is giving Kabir Singh vibes."