Kartik Aaryan was recently seen on the sets of 'Bigg Boss' where he met superstar Salman Khan and exchanged discussions around films and work. 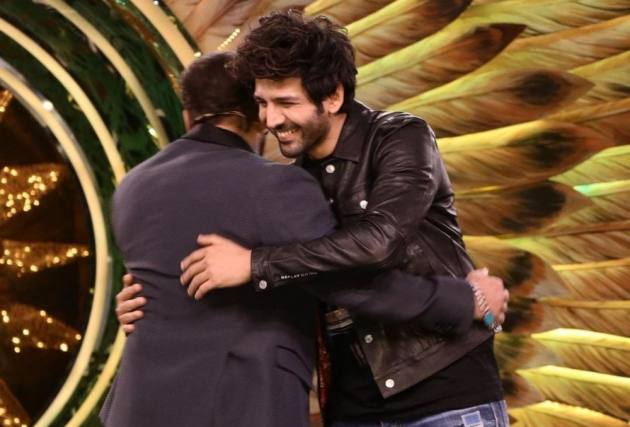 Actor Kartik Aaryan, who is currently awaiting the release of his upcoming film 'Dhamaka,' is doing the promotions for the film in full swing. The actor was recently seen on the sets of 'Bigg Boss' where he met superstar Salman Khan and exchanged discussions around films and work.

A source close to the sets unveiled an interesting discussion that took place between the two actors. As per the source, "Salman Khan was speaking about what he would be doing if it wasn't for acting? To which he said he would be a director, if not an actor."

The film co-starring Mrunal Thakur and Amruta Subhash will premiere digitally on November 19. Filmmaker Ram Madhvani, who helmed 'Neerja' and 'Aarya', has directed 'Dhamaka'. The trailer has received an amazing response from the audience upon its release on YouTube and other social media platforms.

Aaryan's other films in the lineup include, 'Captain India', 'Bhool Bhulaiyaa 2,' Sajid Nadiadwala's next, 'Freddy' and 'Shehzada.'