On Day 5 of ‘Bigg Boss 15’, the show gets more and more interesting with lots of fights, a dash of drama and a tinge of romance as well. Here’s all that happened today. 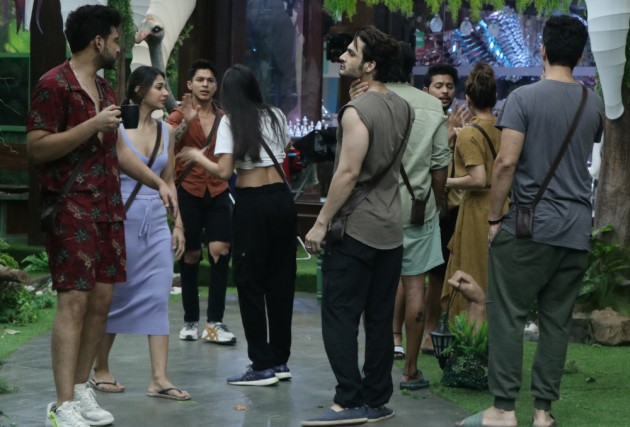 The game is on! High octane drama brewed with an intense fight has begun in the ‘Bigg Boss’ jungle. This season has hit off on a killer note as contestants start to take on the wilderness. Nearly a week into the house, they have received the message loud and clear: surviving this jungle will not be a walk in the park! The latest episode has brought many refreshing moments for the audience to savour.

The contenders have started playing their mind games and employing tactics with rivalries taking shape in the house. While Nishant and Shamita try to sort things out between them, their tashan only ends up erupting on another level. Pratik teams up with Nishant against Shamita adding fuel to the fire. Meanwhile, the chemistry is heating up between Ieshaan and Miesha, as they get closer by the minute. But their romance has not escaped the nazar of their housemates, who have started calling them out! The drama gets more spicy with Pratik starts locking horns with Ieshaan as well. Seeing him under stress, Miesha tries to take things in charge by acting as his 'bodyguard'.

Pratik, who is in a fight mode, also picked a fight with Vidhi. Their tussle set off as he unscrewed the bathroom latch while she was taking a shower leaving everyone infuriated with Pratik, again! A new fight begins between Afsana and her 'bhai' Karan, as she whines about being left out from the group, irking Karan, who didn't shy away from taking jabs at her.

As ‘BB 15’ contestants prepare for this season's first 'Weekend Ka Vaar', featuring host Salman Khan, the jungle is all set to flare up with action and drama.