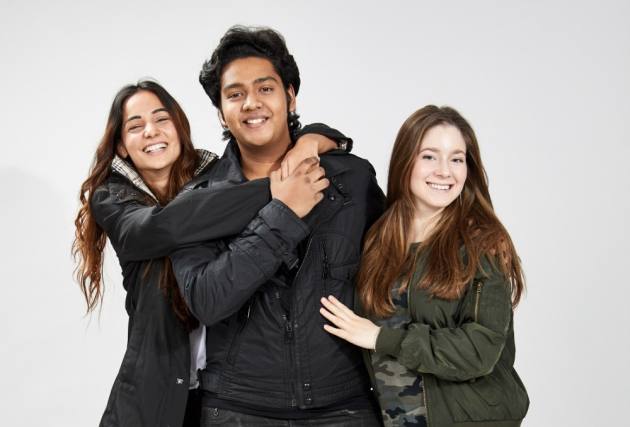 A young actor from Bihar is making a splash with his first movie opposite a Polish actress that has made the film industry honchos sit up and take notice.

Dhruv Verma is stepping into Bollywood with the first-ever Indo-Polish production, ‘No Means No’, which is scheduled to release on November 5. Touted as a teenage love story set against the sports background with high-octane action sequences, the film has been shot in the hitherto unexplored locations of Poland.

The 24-year-old actor plays an Indian sportsman who goes to Poland take part in a skiing competition and falls in love with a Polish girl played by Natalia Bak amid all the twists and turns befitting an adventurous, edge-of-the-seat drama. Shot simultaneously in Hindi, English and Polish, its trailer has impressed the industry bigwigs including Sanjay Dutt, Shah Rukh Khan and Preity Zinta among others. 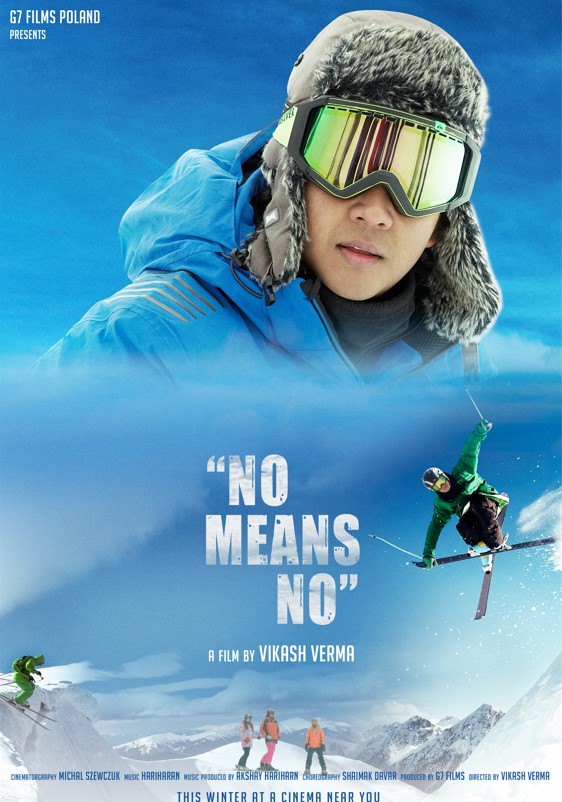 “‘No Means No’ is not the usual Bollywood love story with songs and dances picturised on the snow-capped mountains or in the tulip gardens of Europe,” says director Vikash Verma, who is launching his son Dhruv with his ambitious extravaganza.

“It is a romantic thriller set in the backdrop of as adventurous a game as skiing, but it also touches upon issues like woman empowerment in a forceful way,” he adds.

The movie also stars Indian actors such as veteran Gulshan Grover, Sharad Kapoor, Deep Raj Rana and Kat Kristian on one hand, and an array of Polish stars, including Anna Guzik, hailed by Grover as ‘the Meryl Streep of Poland’ on the other.

Vikash says that numerous Indian movies have been shot on many foreign locales across Europe, but ‘No Means No’ is the first film to have explored such a breathtakingly beautiful country as Poland. “I am sure that the stunning visuals of the film will not only prompt many Indian filmmakers to shoot there in the future but also draw the tourists in droves from all over the world,” he says.

It was not easy to shoot there, though. Vikash says that he had originally planned to wrap up the shoot in a month around Christmas before the pandemic happened, but they had to extend their stay because there was no snowfall in Poland around that time.

“Many people advised me to use CGI to show snow-capped mountains and action sequences but I thought it would not give the real feel and thrill. It was worth waiting for the peak of winter in Poland. Many bigwigs in the film industry have now praised me for the visuals and actions sequences that we have been able to capture there, with the help of world-class technicians,” he says.

The Bihar-born film-maker says that his entire unit braved the -31 degree-temperature to shoot the film. “Gulshan Grover came all the way to Poland from Los Angeles to shoot the film. He is playing one of the most interesting roles of his career,” he says.

The film was initially scheduled to release in March this year but it had to be deferred because of the Coronavirus pandemic. “I did not want to release it directly on OTT because it is a film to be enjoyed by the families on the big screen,” says Vikash, who has been running a highly successful security agency catering to the needs of many high-profile Indian and international celebrities.

Vikash is hopeful that his film will help foster a closer Indo-Polish cultural relationship just the way Raj Kapoor’s films did for the Indo-Russian ties in the past. “There are many aspects about Poland which are generally not known in India. When I went to Poland, I came to know about Digvijaysinhji Ranjitsinhji Jadeja, the Maharaja Jam Sahib of Nawanagar, who had provided shelter to about 1,000 Polish kids during World War II.”

Vikash is now ready to make a film, ‘The Good Maharaja’ on the Indian king to highlight his heroic and humanitarian act to save the Polish kids from the horrors of the war. It will again star Dhruv in a pivotal role.

“I initially wanted to make The Good Maharaja but it was such a huge project that I thought of making a small film before I launched it.  It is altogether a different matter that No Means No ultimately turned out to be an extravaganza in its own right. But this film would not have been possible with the wholehearted support of the Polish government and the people. I owe it to them,” he signs off.