Billie Eilish Opens Up On Her Horrific Covid-19 Experience

"I think if I weren't vaccinated, I would have, like, died, because it was bad … When I say it was bad, I more just mean that it felt horrible," said American singer Billie Eilish. 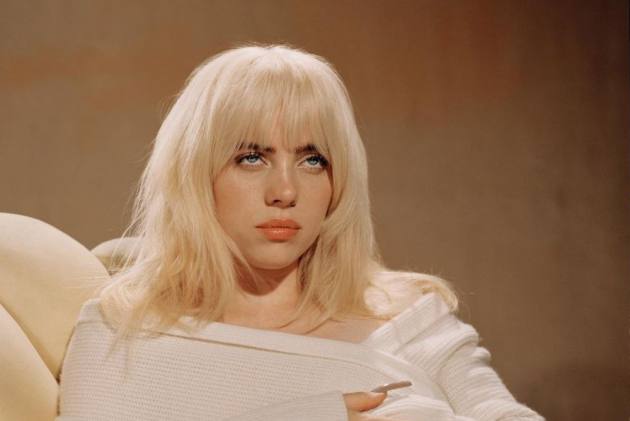 American singer-songwriter Billie Eilish is opening up about her Covid-19 treatment and the adverse effects she is still enduring months later.

The 'Lovely' singer, disclosed on 'The Howard Stern Show' on Monday that she had a case of coronavirus in August. According to a report by Rolling Stone, Eilish revealed the news when Stern asked about her cough and whether she had Covid-19 while appearing on 'Saturday Night Live' over the weekend.

"I didn't die, and I wasn't gonna die, but that does not take away from how miserable it was. It was terrible," Eilish said. "I still have side effects. I was sick for, like, two months almost."

The seven-time Grammy Award-winner credited the vaccine as the reason she's now 'fine,' adding, "I think if I weren't vaccinated, I would have, like, died, because it was bad … When I say it was bad, I more just mean that it felt horrible. But really, in the scheme of Covid, it was not bad. You know what I mean? When you're sick, you feel f---ing horrible."

Saturday's broadcast of the NBC sketch comedy show included Eilish as both a musical guest and a host.

For her opening monologue, the singer dressed up as "Mrs. Claus going to the club" and joked about growing up in the spotlight and the flak she's received for her appearance.

"Some people wonder why I started wearing baggy clothes. There was actually a good reason," she explained. "So it wasn't just for comfort, or for style. This is hard to say for me, but the real reason I wore big oversized clothes back then is, I was actually two kids stacked on top of each other trying to sneak into an R-rated movie."

Maggie, Eilish's mother, also made an appearance, wearing a hoodie with a photo of the singer's elder brother Finneas O'Connell, while the artist joked about being the least-favorite kid. Later, during Eilish's second stripped-down performance of 'Male Fantasy,' O'Connell, 24, performed the guitar.

Also on 'Saturday Night Live,' the singer shared her thoughts on turning 20 later this month. "I'm actually really excited to get older because I am now just starting to understand who I actually am as a person," she said. "And the scary thing about growing up in the public eye is people just decide that everything you say and do and look like is who you are forever. It's not fair."

She questioned the audience, "Would you want to be judged by the way you presented yourself when you were 16? Uh, no!"

"But the point is, it takes time and effort to accept who you really are," she said. "You'll be so happy that you did. I spent a lot of years pretending to be somebody that I'm not, basically acting."

Eilish made her second appearance on 'Saturday Night Live.' She was also the musical guest for the Season 45 premiere of the show, which was hosted by Woody Harrelson in September 2019.