‘Bittu’ Was Never An Investigation Of The Poisoning, Says Filmmaker Karishma Dev Dube

‘Bittu’, the short film inspired by the infamous school poisoning of 2013 has made it to the Live Action Short Film shortlist for the 93rd Academy Awards. 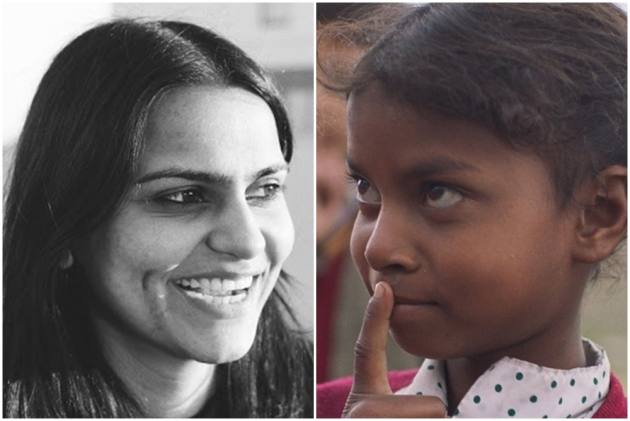 The 93rd Academy Awards announced the first shortlist of candidates for the Short Film in Live-Action Category which has listed Karishma Dev Dube's ‘Bittu’ among the top ten films in the category. Competing amongst 174 films from across the globe, ‘Bittu’ has qualified for the top ten after the first round of voting ended.

The jury will now vote to determine the nominees.

‘Bittu’ is inspired by the infamous school poisoning of 2013 and explores the close friendship between two schoolgirls on this seemingly normal day at school. Set in the picturesque locations against the backdrop of the Himalayas, ‘Bittu’ follows the story of an eight-year-old who must take matters into her own hands when her community fails to protect its most vulnerable. Outlook’s Lachmi Deb Roy catches up with the filmmaker Karishma Dev Dube and talks about her film ‘Bittu’. Excerpts:

It feels very surreal, ever since we let the film out in the world, there have been some wonderful surprises. This is definitely the biggest one.

Q) It is based on a true story, how much of cinematic liberty was taken?

I didn’t want to recreate the incident that took place in 2013, this film was never an investigation of the poisoning. My intention was always to reimagine the day the incident took place and hopefully try to understand the human experience behind it. At its heart, the film centres on the friendship of these two girls, so I fictionalized a lot to embed the story in Bittu’s experience, she was always my point of reference from the first-ever draft. I did preserve some important elements, the interaction between the principal and the cook, and the fact that the principal eventually ran away after learning what had happened.

Q) What made you take up this story on Bittu?

When I first learned about the incident, I was as shocked and angry as anyone else in the country. There was too much footage and too many images from the incident and its aftermath that never left me. But I only began writing about it when I thought more about how this had happened in a school, a seemingly safe space for these children. Bittu’s experience of this day speaks to the systemic negligence in her world, her individuality that is overlooked, and her resilience that is too often taken for granted in her world.

Q) How was the experience of making the film and finding the actors for the role?

I have been working on this film since 2015, along with my producers Shreya Dev Dube and Mary Evangelista. We did a lot of research trips around government schools before I started rewriting the story in 2018. I knew I wanted to find children who had a relationship with the location, and with each other, much before I started casting. I got very lucky when I found Bittu, I had written a very specific child to play the eponymous character, and that I managed to find the perfect person to carry the film.

My friend and brilliant actor Nirvana Sawhney helped conduct theater workshops within communities in the area we were planning to shoot, while simultaneously casting in our heads during that process. Once I found Rani and Renu, I spent about two months rehearsing with them, creating a sense of trust between us, creating memories to reference back to on the set, and then reworked elements of the script to the specificities of the children. This film would be impossible without my sister Shreya Dev Dube, who produced, shot, and found the amazing colour palette for this film. It was the chemistry and trust the kids had with my sister and I during production. I am extremely proud of the children’s performances in this film.

Q) How did ‘India Woman Rising’ help you?

Once we won the Student Academy Award, Mary and I began fundraising and looking for support to aid us through the award campaign. I approached Guneet Monga this year, who has been a supporter of the film since the Student Academy run, to possibly help with propelling the campaign. She told me about her intention to create an avenue of support and funding for emerging women filmmakers in India, I loved the idea since I know there is a dearth of such institutional support in India for filmmakers. This manifested in the creation of IWR for Guneet, and they came on board for marketing and publicity support for Bittu.

Q) What are the other projects you are working on?

Q) Did you face any hurdles because of being a woman filmmaker?

Women’s stories are as imperative as they are underserved. There are plenty of hurdles for women in every direction, but I will also say that I am surrounded by talented women pushing boundaries in so many different capacities. I grew up in a family of very strong women and studied in an all-girls boarding school that gave me a very strong community of friends for life. We do our best to elevate each other. One hurdle at a time.