The USP of Basu Chatterjee's films was the fact he chose his protagonists from the middle class who were all rooted in real life. Chatterjee’s films bore an unmistakable imprint of his typical style of film-making, something which went on to inspire generations of film-makers in the years to come. 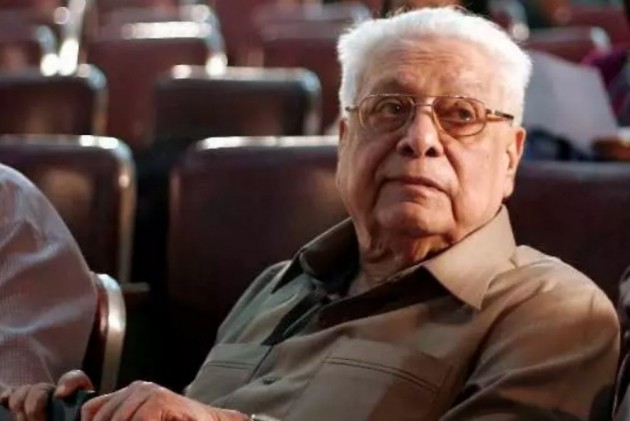 Basu Chatterjee, a legendary film-maker who carved out a unique niche for the middle-of-the-road movies, which were neither like the hardcore masala ventures of the likes of Manmohan Desai nor the art house cinema championed by Shyam Benegal and others of his ilk, passed away at 90 after a protracted illness in Mumbai.

A veritable institution in the art of simplified film-making, he churned out an array of clean and wholesome family entertainers, from Rajnigandha (1974) and Chitchor (1976) to Swami (1977), Khatta Meetha (1978), and Baton Baton Mein (1979) without leaning on any superstar of his time. In fact, his films with some of the big stars of the time – Priyatama (1977) with Jeetendra, Chakravyuh (1979) with Rajesh Khanna, Manzil (1979) with Amitabh Bachchan, Dillagi (1978) with Dharmendra and Manpasand (1980) with Dev Anand  – failed to click at the box office. It was primarily his collaboration with “Everyman” actors such as Amol Palekar, who played the quintessential middle class-youth-next door in his films, which proved to be his long-lasting mojo as an auteur extraordinaire.

Chatterjee began his career as an illustrator-cartoonist in the now-defunct Blitz tabloid in Bombay before he moved to cinema to work as an assistant to director Basu Bhattacharya during the making of Teesri Kasam, a Raj Kapoor-Waheeda Rahman classic based on a short story, Mare Gaye Gulfam written by the renowned Hindi litterateur, Phanishwar Nath Renu. In 1969, he began his innings as a director-with-a-difference with Saara Akash, based on a Hindi novel of the same name by Rajendra Yadav. Even though a new sensation called Rajesh Khanna had stormed the box office in the same year, Chatterjee’s ‘small’ movie received rave reviews and set the template for his signature style of cinema, with no tropes or frills of the usual mainstream masala entertainers.

Chatterjee went on to make Piya Ka Ghar (1972), Us Paar (1974), Rajnigandha (1974), Chitchor (1976), Chhoti Si Baat (1976), Safed Jhooth (1977), Priyatma (1977), Apne Paraye (1980), Shaukeen (1982), Kirayadar (1986), Chameli Ki Shaadi (1986) and a slew of other movies. At times, he steered clear of his familiar template and experimented with acclaimed films such as Ek Ruka Hua Faisla (1986) and Kamala Ki Maut (1989), which underlined his versatility. There was hardly any film-maker of his generation who was as prolific as him in his heyday. During his illustrious career, he directed about 40 feature films, including five Bengali movies such as Hothat Brishti (1998) and Tak Jhal Mishti (2002) and Trishanku (2011) – the last proved to be his swan song. In between making films, he also found time to direct several successful television serials, including the iconic Rajani (1985) starring Priya Tendulkar, Darpan (1985) and Vyomkesh Bakshi for Doordarshan.

It is to his credit that heavy workload could never bog him down or diminish his passion for quality cinema. When he made such films back then, Hindi film industry was under the complete sway of multi-starrers with mindless violence. But for nearly two decades, Chaterjee arguably remained the only successful film-maker alongside Hrishikesh Mukhejee, who bucked the trend and made great family entertainers with dollops of old world wit and humour, which continues to enthrall generations of movie lovers to this day.

The USP of his films was, of course, the fact he chose his protagonists from the middle class who were all rooted in real life. Never did he present any of his heroes as a superman with a traffic-stopping beauty in his arms, who was capable of demolishing an army on 40 armed goons at one go without batting an eyelid. Instead, his leading man was invariably a common man with all his follies and foibles, who was at times upstaged by his smarter adversaries.
Chatterjee’s films bore an unmistakable imprint of his typical style of film-making, something which went on to inspire generations of film-makers in the years to come. It is entirely in the fitness of things to say that Bollywood actually began to follow Chatterjee’s template of film-making thirty years too late by ultimately realising lately that no star is bigger than the character that he plays onscreen. Nothing can be a greater and better tribute to him.